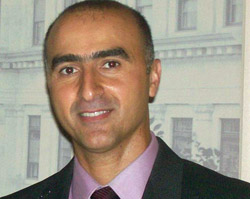 Ayman Yacoub of Dollco Printing has been nominated as President of the Ottawa branch of the Canadian Marketing Association. He has been on the board of this group since 2006, serving as the Director responsible for the database and membership and then as Vice President.

In his new role, Yacoub, the senior volunteer for the Ottawa chapter, is responsible for overseeing the integration of services and event programs. “This nomination means a great deal to me and my mandate is to ensure our members obtain the resources and marketing services to help them grow their business,” said Yacoub.

In 2004 to 2005, Yacoub served on the board of directors for Xplor Canada. He is currently the Technical Sales Support and Manager of Data Processing for Dollco Printing, one of Canada’s largest privately owned printing companies. Headquartered in Ottawa, Dollco operates out of a 120,000-square-foot facility, employing 300 people with offices in Ontario, Quebec, Atlantic Canada and the northeastern United States.