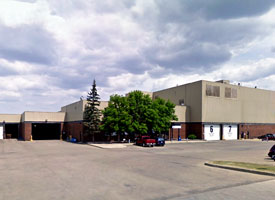 The Edmonton Journal announced plans to outsource its printing production and eliminate 70 full-time positions in the process. According to the Publisher, the move aims to adapt the newspaper for the modern demand for more colour while improving quality.

A blog post at the Edmonton Journal‘s website announced the change on Sunday which will see its Eastgate plant close at the start of 2013. The plant was opened in 1980, equipped with state-of-the-art machinery for its time. The newspaper said upgrades the equipment would be “prohibitively expensive, costing tens of millions of dollars.”

“We have mixed feelings about the change,” said Publisher John Connolly said. “We are excited about the new possibilities for more colour and better reproduction. However, we are sorry to be losing many of our dedicated Journal staffers.”

The newspaper will be printed at new facilities built by Great West Newspapers, publisher of the St. Albert Gazette, in St. Albert, a suburb just northwest of the city.

The Edmonton Journal was founded in 1903 and became part of the Southam family in 1912 before changing hands in 1996 to Hollinger International. Today it is owned by the Postmedia Network. It has a circulation of just over 100,000 on weekdays and just under 102,000 on Saturdays. The paper discontinued its Sunday edition in July of this year, and also ceased printing its TV listings supplement.