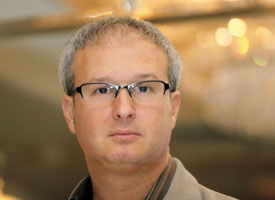 Jeff Ekstein, President and CEO of Willow Printing Group, has been nominated to serve as Secretary to the Board of Directors for the Printing Industries of America (PIA). His upcoming term is scheduled to begin this November.

He has been the Canadian Printing Industries Association representative to the PIA Board of Directors since 2007, as well as Chairman of the PIA Education Committee, and a member of the Executive Committee since 2009.

Ekstein has played a prominent role in the development of the Canadian Printing Industries Sector Council (CPISC), which is government-funded human resources entity established in 2006. He continues to serve as Co-Chair of CPISC.

Willow Printing is a third-generation, commercial-printing company based in Concord, Ontario, which was founded more than 50 years ago.