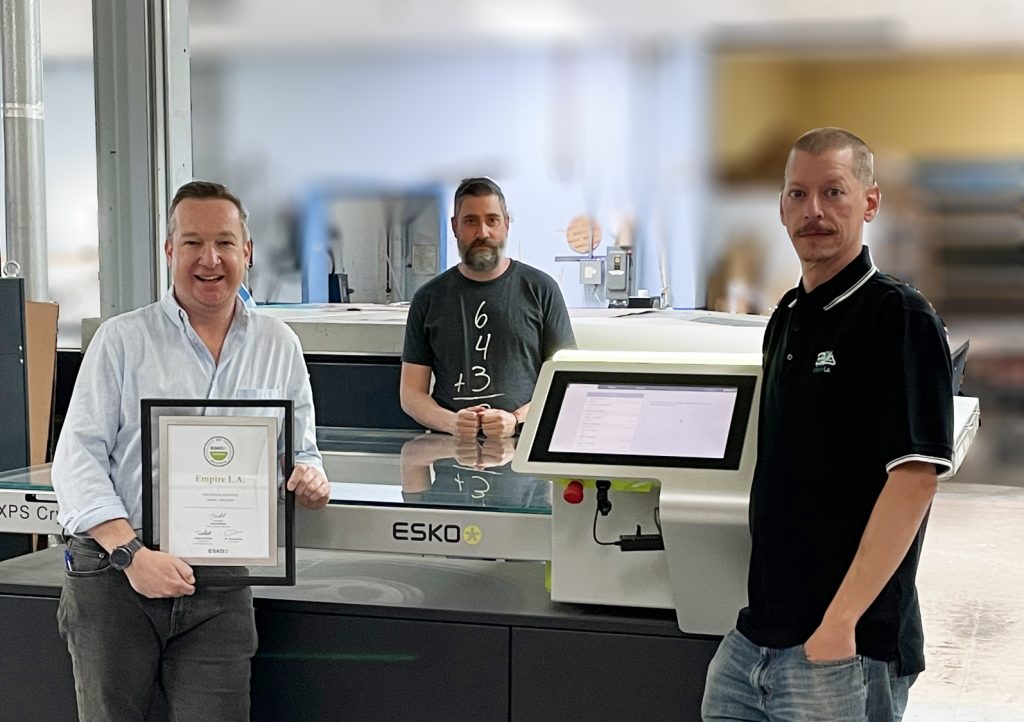 Mike Sheppard (left) and some of the Empire L.A. team with the Esko certificate.

Quebec-based Empire L.A. has become the first digital prepress and press-ready flexographic plate specialist in Canada to receive the ‘best in class’ certification under the new XPS Crystal Program from Esko.

“We are delighted that Empire L.A. is not just among the first of our global customers to have achieved this accreditation, but the very first in Canada,” said Julian Fernandez, flexo business development manager with Esko. “The program was developed specifically to recognize those platemaking businesses that consistently produce superior flexo plates, which lead to excellence in flexographic print quality. Not only is certification a way for companies like Empire L.A. to communicate their best-in-class service offering to their supply chain partners and customers, but it also underlines their flexo platemaking performance.”

Since the formation of Empire L.A. in 2006 – when the established Empire Graphics joined forces with another prepress solutions provider, L.A. Graphics – the company has become one of the biggest players in the Quebec market.

​“Achieving certification under the Esko program is such great news,” said Mike Sheppard, VP-operations at Empire L.A. “We are very proud of the work we are doing here and through our success with the Esko XPS Crystal and our commitment to technology and quality we are continuing to grow the business.”

The XPS Crystal Certification Program is open to all users of the Esko XPS Crystal exposure unit.