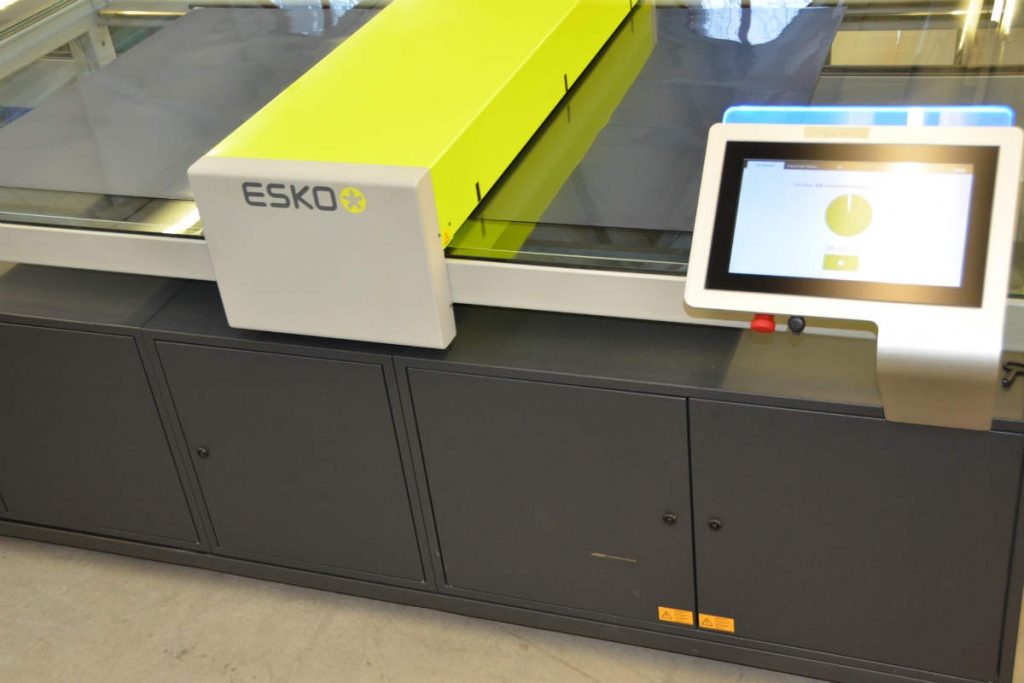 Introduced at drupa 2016, the new XPS Crystal 5080 system delivers main and back UV exposure in one step.

Austrian prepress company Glatz Klischee GmbH installed Esko’s new XPS Crystal 5080 system, which delivers main and back exposure in one step in plate manufacturing. Glatz Klischee is a prepress service provider in the city of Bregenz. It prides itself on its high-quality production of flexography plates by regularly reaching up to 100-line screen. In investing in the new XPS Crystal 5080 system, Glatz Klischee explains that UV plate exposure was a weak link in its process and that traditional light tube exposure units have reached their quality limits.

Glatz Klischee investigated Esko’s LED exposure as early as 2010. Since then the trade shop has gained experience with several generations of inline UV exposure and worked with prototypes of the XPS Crystal 5080. “In our opinion, UV main and back exposure in one unit represents a milestone in flexographic plate making. It improves plate exposure quality and ensures extremely consistent flexographic plates,” said Manfred Schrattenthaler, Managing Director of Glatz Klischee.

Glatz Klischee has been working with the new XPS Crystal 5080 from Esko for about six months now. “Thanks to this technology, we now are able to supply our clients with standard screens [54 and 60-line], up to the absolute premium range with 250 lpi. We can deliver the best possible plate quality with the highest level of consistency and repeatability that we have not experienced to date,” said Schrattenthaler.

Established in 1931, Glatz started out in the stamping and engraving field. Sign making and plate making were added later. The third-generation family business has five locations. Since 1999, Glatz Klischee has been an independent company in the Glatz Group. At the Bregenz site, there are 40 employees. Glatz specializes in flexible packaging and corrugated cardboard in Austria, South Germany and Switzerland.