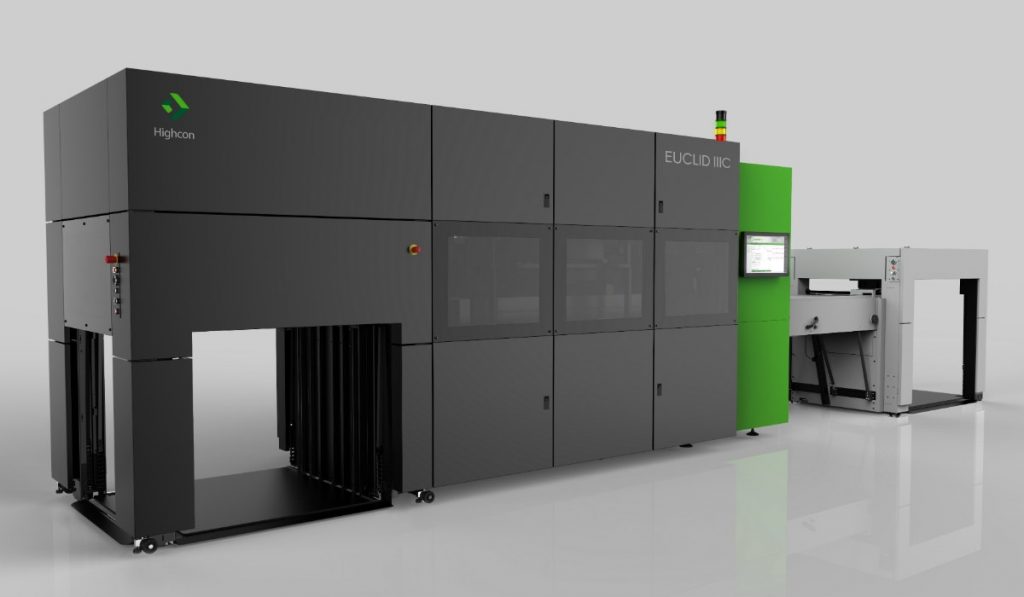 Highcon is hosting an open house event at LxBxH for packaging converters on April 16, 2018.

Highcon launched its newest digital postpress system in the Highcon Euclid IIIC, which extends the company’s third generation of cutting and creasing machines into the sector of corrugated and fluted substrates.

The Highcon Euclid machine has been working with corrugated board at LxBxH in Switzerland since the end of 2015 and is now being made commercially available in the market. Founded in 2009, Highcon products are installed at more than 50 customer sites around the world.

“We have been using the Highcon digital cutting and creasing technology to produce high quality short run packaging on demand for our customers,” said Silvano Gauch, President of LxBxH. “ The ability to produce small to medium size batches just-in-time with low entry cost, allows our customers to order what they actually want.”

The Highcon Euclid IIIC is designed to save on the production and storage of die-cutting forms, while providing the flexibility for JIT production and short runs. The Euclid series also provides customized perforations with cleaner edges and easier opening, explains Highcon, and variable-data etching for customization or personalization down to the level of serial numbers. The Euclid IIIC will handle single wall, laminated, N F G E and B-flute from 1mm to 3mm/ 40-120 points.

“We realized the potential of the corrugated market in B1 and B2 (42- and 28-inch) formats and have been encouraged by the success that LxBxH have had in this market,” said Aviv Ratzman, Highcon CEO and Co-founder. “Box Compression Tests that have been performed by comparing the digitally produced boxes with conventional ones have proven that boxes produced with the same substrate on the Euclid are stronger than those produced on conventional machines.

“This creates an opportunity to attain the same strength with reduced material usage and as a result, reduced costs,” continued Ratzman. “The potential of adding lamination and high-quality print to the flutes also opens up a world of packaging that is both visually and structurally effective.”