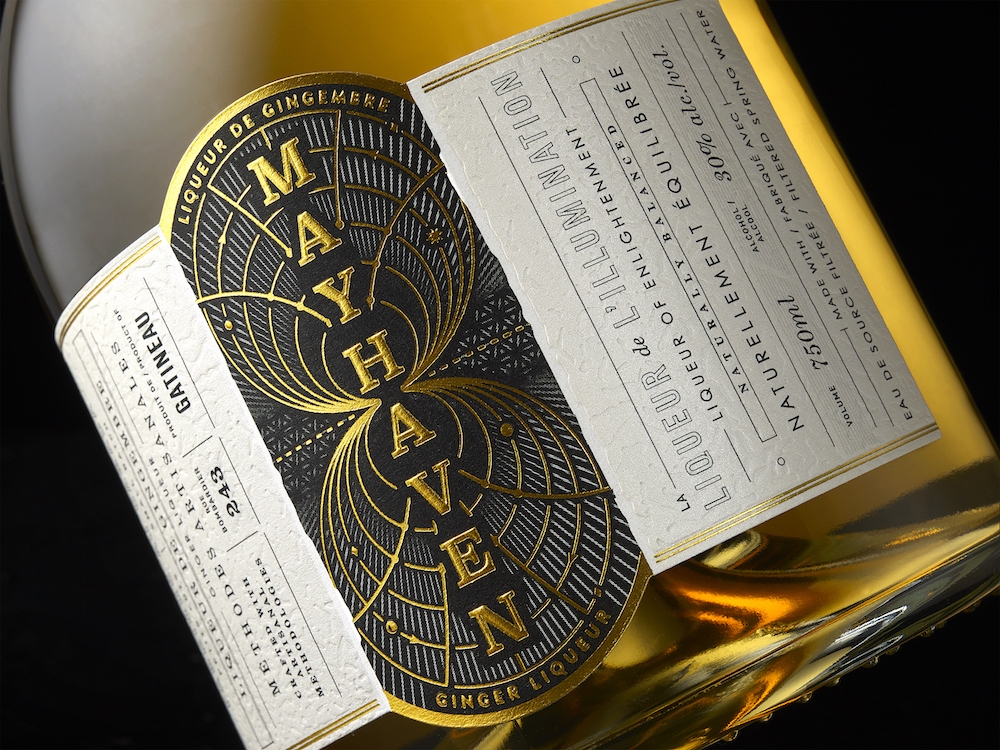 “The concept for this liqueur came about while researching avenues that we could hinge the brand’s story on,” Chad Michael explains, Owner and Designer at Chad Michael Studio, describing the creative process behind the elegant Mayhaven ginger liqueur label.

Handcrafted by Quebec-based Artist in Residence Distillerie, the liqueur features notes of lime, pepper and ginger.

“The client had described the liquid as a flavour profile that was ‘out of this world.’ That’s all we needed to build from. Thereafter the brand grew legs and became the spirit of infinite possibilities, one that gives enlightenment, and essentially a universe in a bottle, thus the concept was derived out of a single phrase. Visual inspiration was then pulled from galaxies, constellations and the idea of ‘the unknown.’”

Michael says the key achievements in bringing the label to life was the selection of Kurz gold foil and its placement throughout the label. Another was the paper stock, Wausau’s Allure Starlight, which gives the entire label an elegant shimmer as it reflects light. The initial run came with a letter-pressed, gold-foiled neck tag displaying the Mayhaven logo on Neenah’s Epic Black Stipple stock.

The biggest challenge, he says, was the custom blind debossing texture on the left and right panels of the label. “This was extremely tricky because if the deboss was hit too hard on the stock, the text becomes unreadable. It worked to a certain extent on the first print run but we eventually had to remove it because [it] couldn’t be made subtle enough.” 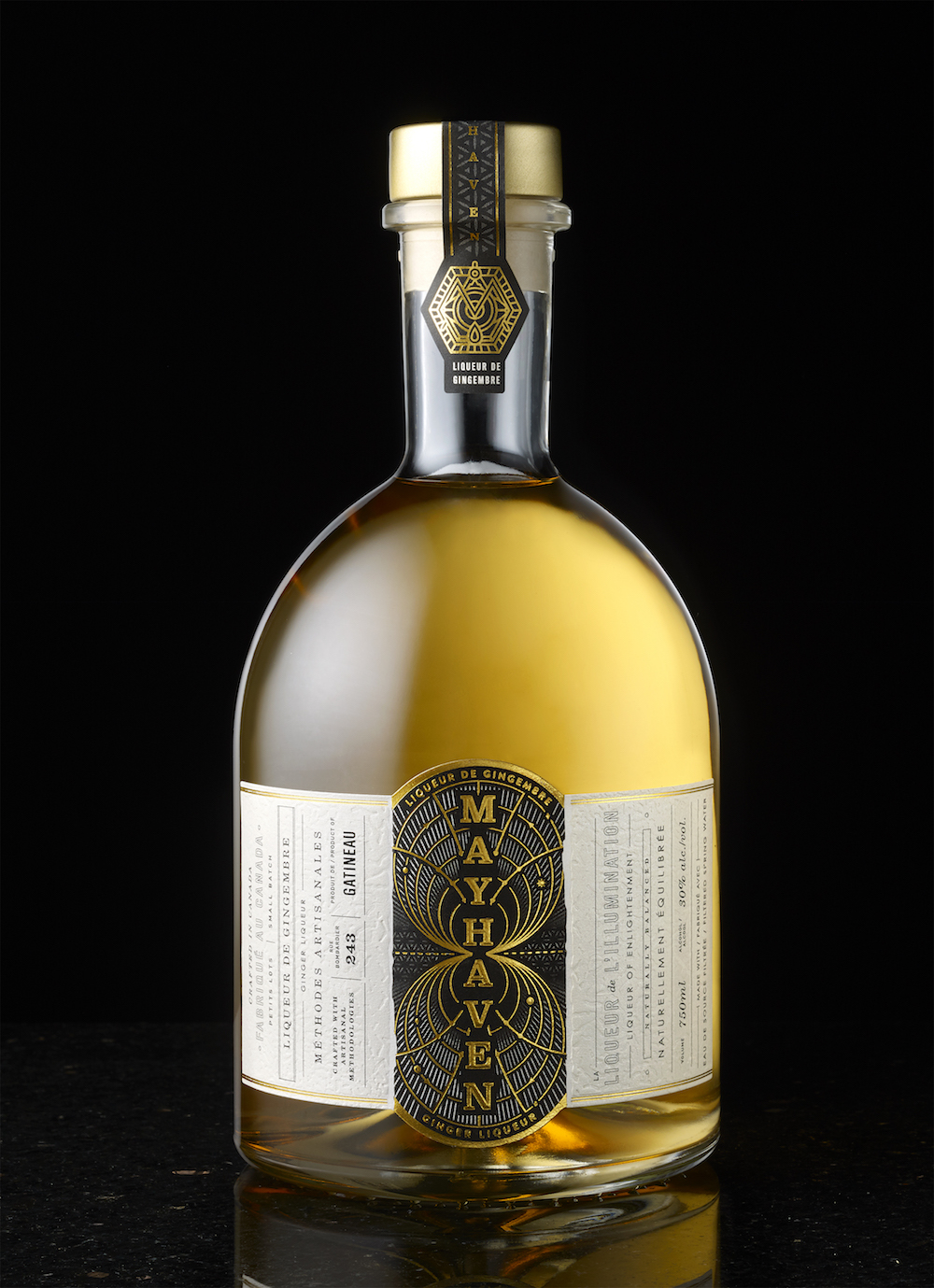