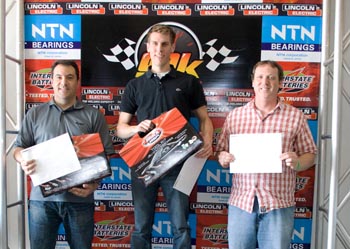 For the fourth consecutive year an executive from Sydney Stone has captured the title at PrintAction’s race-day celebration, held at Grand Prix Kartways in Toronto. Being the fourth-annual race-day, Sydney Stone has won the event every year.

This year, Dylan Westgate (centre, top picture) of Sydney Stone took home the first prize in the Grand Prix Final, his second title in three years, by edging out his business partner, Michael Steele, who won the race in 2010.

Kart racers complete in two time-trail events to qualify for their positions in the final or consolation round. 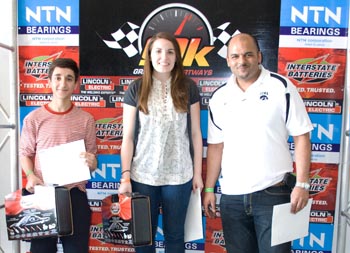 The winner of the 2011 Consolation Round went to Tina Frankie (centre, bottom picture), a student with Ryerson University’s Graphic Communications Management program, who is spending the summer as an intern with Heidelberg Canada.