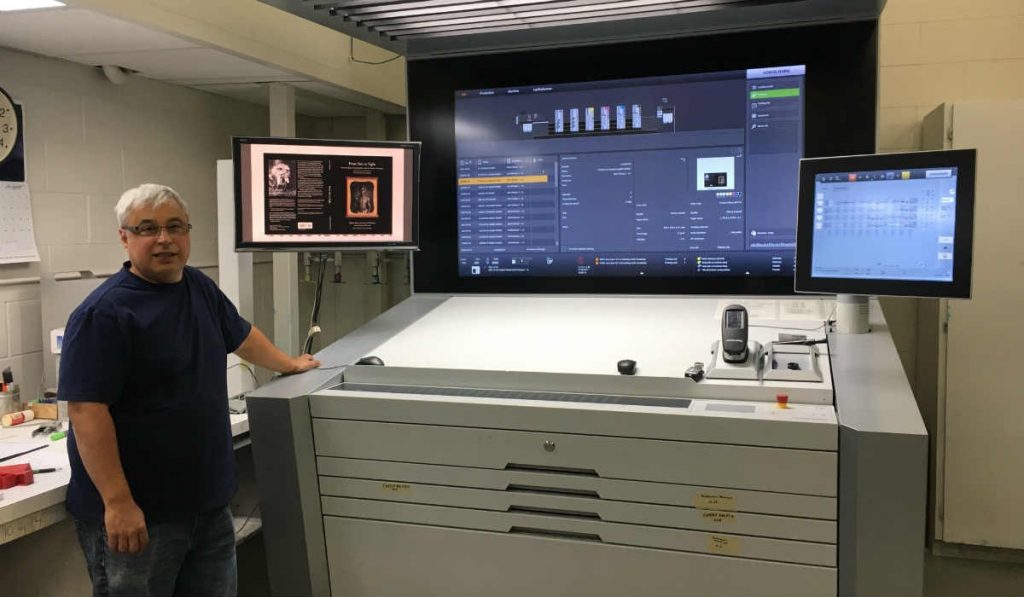 Friesens’ new Heidelberg XL-75 replaced an older generation Heidelberg CD 102 press. “This press will be predominantly used for book covers and, when we analyzed the business, 80 percent of the forms would fit the 23 x 29 format,” said Byron Loeppky, GM of Friesens. “ The other 20 percent we can simply run a few more sheets to make up for the smaller layout. It is a short-run market.”

The Speedmaster XL 75 is equipped with features branded by Heidelberg as Push to Stop technology, including: Inpress Control 2, automatic colour and register measurement, Auto Plate Pro fully automated plate loading, and automated wash programs. This technology is now driven by Heidelberg’s recently introduced (May 2016) Intellistart 2 press software, activated through the Press Center XL with Wallscreen. These features can allow the press to process jobs autonomously within Heidelberg’s Push To Stop operating philosophy.

“We may have downsized the format, but we have upsized the technology,” added Friesens’ Andrew Fennell. “The plan was to drive automation into our process. This press can make job changes in 50 percent less time than our older press, and doing it with one operator. The technology is like having a second man. We are putting more sheets on the floor each day. All the targets are being met or exceeded, and we are still in a learning curve.”