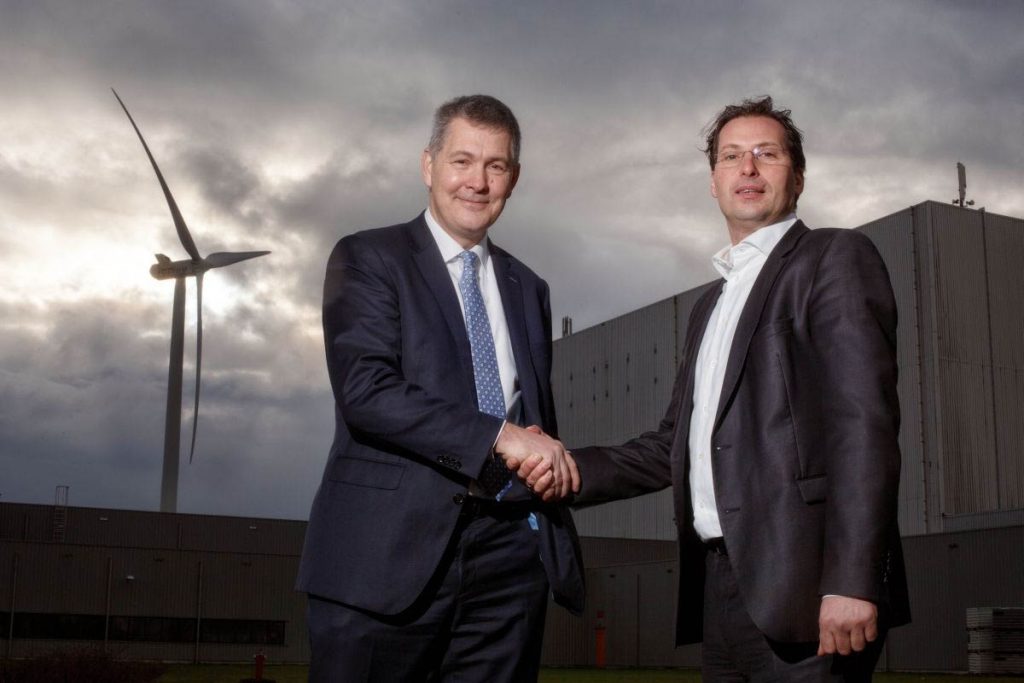 Fujifilm, which has long held a commitment to internal green energy and carbon reduction targets, is now running its primary production facility in Tilburg, the Netherlands, with 100 percent wind energy. The Tilburg plant manufactures a number of Fujifilm products, including printing plates.

“Our motto is that if we can do it green, we will do it green,” says Tillburg site Director, Peter Struik. “With that objective in mind we have come to an agreement with our energy supplier Eneco to provide us with 100 percent renewable energy. They share our commitment to green energy, and with their help and expertise we have been able to make this vision a reality.”

The facility had been partially powered by wind since 2011 when Fujifilm began working in partnership with Dutch energy supplier Eneco. The wind turbines that drive the plant’s manufacturing capability are located on-site and in nearby Zeeland. The 100 gigawatt hours of energy these two sites generate for the Fujifilm facility is enough to power 30,000 homes.

“Fujifilm is showing commendable courage and leadership in having taken this bold step,” said Eneco board member, Marc van der Linden. “They are setting an excellent example to their industry and to other businesses in the surrounding area. Like Eneco, Fujifilm is a forward-thinking company which recognizes that economy and ecology have to go hand in hand.”

Fujifilm and Eneco are now investigating the possibility of producing bio-mass steam on the Fujifilm site.