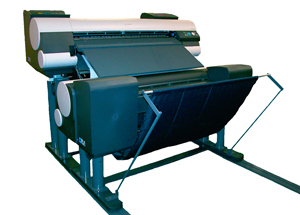 Next week, Fujifilm Canada will have one of the largest booths at Graphics Canada, as the company plans to showcase several pieces of software and hardware. On the hardware side, the company will exhibit its recently introduced Acuity Advance XT, which is a wide-format inkjet device with an 8 x 10-foot bed. The machine can carry an optional roll feed.

Fujifilm will also highlight the ImpoProof 8000S, which it recently signed on to distribute in association with CGS and Flashlight Digital. This imposition proofer employs a camera-registration system and two Canon printers that, according to the company, produce up to 15 proofs per hour at 1,200 dpi. ImpoProof connects to Fujifilm’s XMF and Rampage workflow systems, which will also be highlighted on its Graphics Canada booth.

On the software front, Fujifilm will also showcase Taskero Universe, engineered for remote-site colour management. The company also plans to highlight its environmentally progressive Eco-V plate and the new LH-NN2 thermal newspaper plate. As a distributor of third-party technologies, Fujifilm Canada is also highlighting the Xerox Nuvera 120 and DocuColor 7002, as well as Oris Press Matcher and Ink Saver, and Primse Web-to-print software.