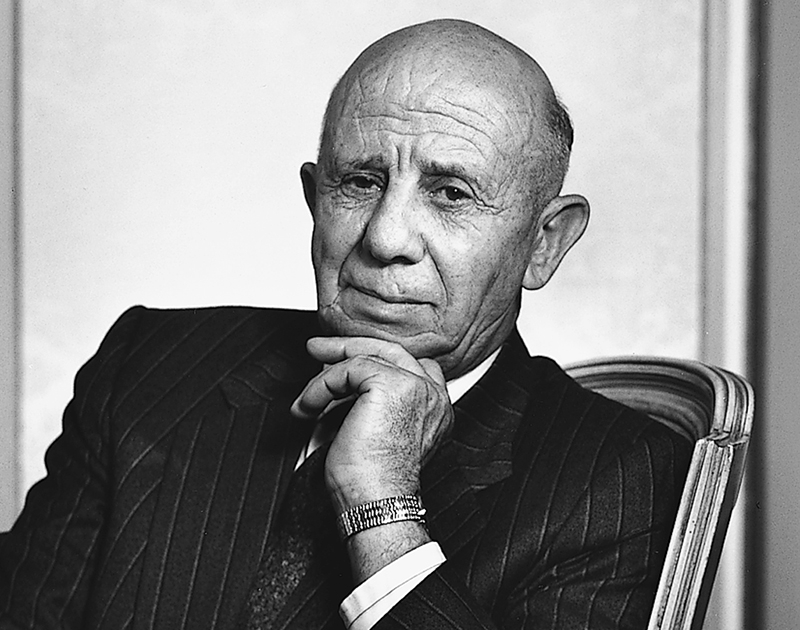 Gaetano Gagliano, Founder and Honorary Chairman of St. Joseph Communications, passed away on April 14, 2016, at age 98. A statement by St. Joseph immediately following his passing describes Gagliano as, “A man with unrivaled determination, strength of character and deep faith and passion.”

Perhaps only rivaled by the late Pierre Péladeau, who founded Quebecor in 1965, and Rémi Marcoux, who co-founded Transcontinental in 1976, Gaetano Gagliano was one of Canadian printing’s most influential businesspeople for decades and ultimately expanded his influence across a range of communications sectors.

Unlike Quebecor and Transcontinental, however, St. Joseph Communications has remained as a privately held company and, therefore, continues to be more closely driven by Gaetano’s foundational business and personal values. His sons, Tony, John and Frank Gagliano – Executive Chairman and CEO; President, Print Group; and Vice Chairman, respectively – are the primary leaders of what has become one Canada’s largest and most powerful independent communications organizations.

About two years after he immigrated to Canada from Italy in 1954, Gaetano Gagliano bought a small hand-fed press and started St. Joseph in the basement of his family’s Toronto home. He focused on letterpress work in the early days and his hard work and dedication – investment in lithography – began to build St. Joseph into a signficant Toronto-area commercial printing operation by the 1970s.

In the 1980s, the company continued its litho growth and also began to diversify into what were, at the time, leading-edge communications driven by compturization. St. Joseph was one of the first printing operations in North America, arguably the world, to see the future value in digitized content and began to structure its company accordingly. By this time, Gaetano’s sons had joined the operation in management roles, including current CEO Tony Gagliano who became President of St. Joseph at age 29, while brother John Gagliano would drive the company’s printing operation.

Together, the Gaglianos were early adopters of pre-media strategies to leverage print and take advantage of new online medias and specialty communications networks, from television to dedicated and digitzed catalogue production for Blue Chip clients. The company was one of the first in North America to embrace strategies for many current communications trends like consumer engagement and content-driven marketing, with huge clients like Walmart, Sears, L’Oreal, GM, Loblaws and Shoppers Drug Mart.

St. Joseph today also continues to embrace its printing roots, higlighted by a 2010 committment to create a 17-acre print communications campus at its headquarters in Concord, Ontario. Building from Gaetano Gagliano’s foundations, St. Joseph has now been recognized as one of Canada’s Best Managed Companies for 13 consecutive years in Deloitte’s annual program.

“My father is honoured to have been recognized by the industry he loves so much,” said John Gagliano, accepting PrintAction’s Lifetime Achievement Award on behalf of Gaetano during the Canadian Printing Awards in 2014. “Comparing that first small press to our pressroom floor today, it’s amazing how much he accomplished in his career and how much the industry has evolved. Despite the advancements and new technologies though, it’s my father’s love of print, and his belief in print as a powerful communications medium, that remains at the heart of our business.”

Gaetano Gagliano continued to be productive in his career well after retirement age and came into work into his mid-90s. At the age of 86, he founded Canada’s first Catholic television network, Salt+Light Catholic Media Foundation, which has become an inspiration to people from all walks of life around the world. Gagliano received the Order of Canada in 1998 and two honorary doctorates from Canadian Universities, as well as the title of Commendatore, one of Italy’s highest honourary rankings.

His funeral is at 10 am on April 18 in Woodbridge, Ont., at St. Clare of Assisi Catholic Church.