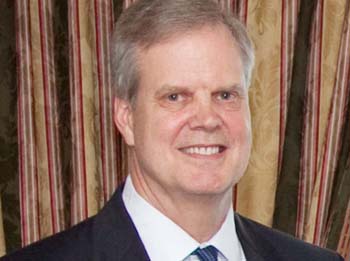 Kenneth Garner on January 12, 2014, is to become the CEO of the National Association for Printing Leadership (NAPL), which earlier this year had merged with two other prominent printing associations. He succeeds Joseph Truncale, who spent 30 years with the NAPL, is set to become CEO of the Public Relations Society of America in New York City.

Earlier this year, the NAPL merged with the Association of Marketing Service Providers and National Association of Quick Printers to create what the new partners refer to AMSP/NAPL/NAQP.

“While we are sad to see Joe go, we are delighted for him and know he will do well in his new organization,” said Tom Duchene, Chairman of AMSP/NAPL/NAQP. “I speak for the entire Board of Trustees in offering my thanks for his dedicated leadership over the last 12 years.” Duchene continued to express confidence for the group’s incoming CEO, stating Garner “takes the helm at this most important time in the history of our combined association.”

Garner became CEO of the Association of Marketing Service Providers (AMSP) in late 2008, leading AMSP through a significant rebrand from its former name of Mailing and Fulfillment Service Association (MFSA). A statement from the newly merged association states it is embarking on a similar path.

“As former President and CEO of AMSP, a former chairman of NAPL, and former president of a major printing and mailing company, Ken is uniquely positioned to lead our association as we continue to bring together our resources in the service of all our members,” said Duchene.

Garner was previously President of United Litho, a Virginian heatset web magazine printing company, where also served as VP of Operations and VP of Sales and Marketing. He is also a member of the Executive Committee of the Coalition for a 21st Century Postal Service – for which he once testified at a Congressional hearing.

He has served as Chairman of the Board for the NAPL, as well as the Graphic Arts Education & Research Foundation, Printing Industries of America’s Executive Development Program, and the Environmental Conservation Board. Garner is a member of the Walter E. Soderstrom Society.

“We are well along on the process of developing a new name and identity that will build on the important legacy of each of the three associations while moving the combined organization in a bold new direction,” said Garner. “I have known Joe for more than 20 years and he set a high standard for executive performance…”

Truncale first joined the NAPL in December 1984 as Director of Member Relations. He became NAPL Executive VP in 1991, and President and CEO in 2002.