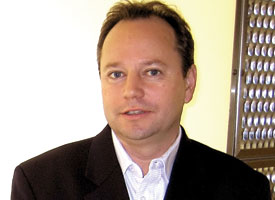 Generation Printing of Vancouver is one of the latest customers of Avanti Computer Systems’ Print MIS and Web-to-Print systems. The installation news came as part of Avanti’s announcement of its fiscal year-end progress.
“Printers are continuing to invest in improving their sales and marketing initiatives in order to better position themselves to offer a more diverse range of products and services,” said Patrick Bolan, President and CEO of Avanti. “Even though the market continues to be challenging we’ve had record customer growth, further demonstrating printer’s commitment to ensuring that they have the technology in place to better service their customers and position themselves for future growth.”
Other new Avanti customers include U.S.-based companies such as Advantage Direct of Fort Wayne, IN, Pressworx of Carrollton, TX, Wingpress of Framingham, MA, Shelter Mutual Insurance of Columbia, MO, and Copy.com of Houston, TX.
Avanti also announced this past fiscal year marked the tripling of the company’s size since the three partners took over in 2004. Avanti will be promoting version 12.4 of its software at Graph Expo this October, a release Avanti says is the most significant in the past ten years. Avanti’s software has already received a 2012 Must See ‘Em award from the Graph Expo organizers.
Advertisement
Print this page