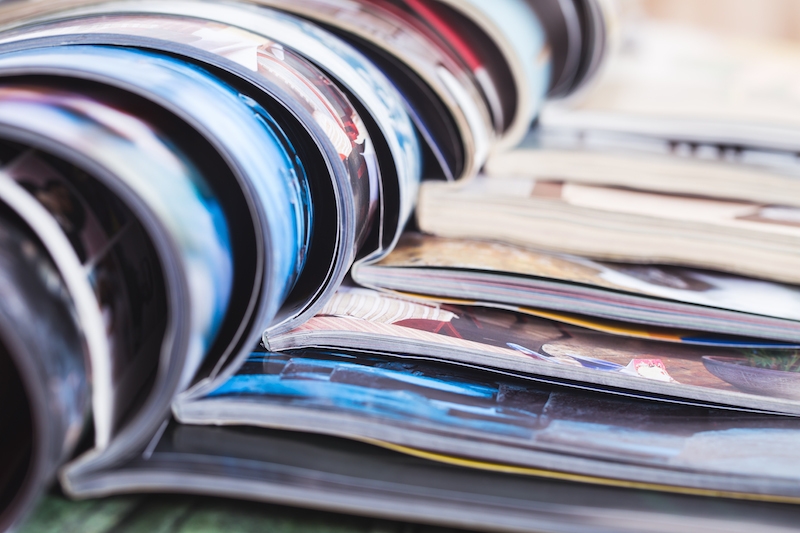 The global print industry is in stable condition overall, according to the 6th drupa Global Trends Report, released by Messe Düsseldorf last month. Based on two separate surveys conducted by Printfuture and Wissler & Partner last fall, one each to more than 700 printers and 200 suppliers, the report finds global figures remain positive. However political and economic concerns for the future appear to be dampening otherwise positive prospects for the majority of respondents.

“Most survey participants are positive overall about the future, despite very clear concerns about the economic and political prospects for 2019 and beyond,” Richard Gray, Operations Director at Printfuture, explains. “It is striking that many show an increasingly confident grasp of how to exploit the rapidly changing opportunities for print, as the wider markets make increased use of digital communications.”

The Printer Barometer for economic confidence finds North American participants scored the highest positive net balance among all regions. Respondents were asked, “How do you rate the current economic situation of your company and what are your expectations of your company’s economic situation for the next 12 months?” In 2018, 40 percent of  printers said their company was in ‘good’ economic state and 13 percent described it as ‘poor,’ while the balance answered ‘satisfactory.’ This gives a positive net balance of 27 percent and it is that net balance that makes up the Printer Barometer numbers. Regionally the 2018 results are uneven: North America enjoyed strong growth, Europe and Australia/Oceania saw steady growth, Asia, South/Central America and the Middle East were cautious, while Africa was in decline.

For suppliers, the positive net balance came in at 19 percent. Both groups remain optimistic, the report finds, with 50 percent expecting better conditions in 2019.

It’s interesting to note conventional print volumes continue to decline at a slow pace. In 2013, 23 percent of printers reported that digital print was more than 25 percent of their turnover. In 2018, the proportion of printers had increased to 29 percent. Nevertheless, sheetfed offset remains the most common form of print technology, present in 66 percent of all printers. The report finds the volume of sheetfed offset continues to grow in packaging, but there is a clear decline among commercial printers for the first time. Meanwhile, web-to-print (W2P) volumes are increasing slowly. In 2014, 17 percent of participants with W2P installations reported more than 25 percent of their turnover came from that source, and by 2018, that number had increased to 23 percent.

Despite challenging conditions, 41 percent of printers spent more in 2018 than 2017, while just 15 percent spent less; capital expenditure grew in all regions except Africa. Expenditure patterns largely mirror the overall regional performance, with North America being the most positive, followed by Asia and Europe. According to report findings, those in packaging and functional markets were very confident, and those in commercial and publishing markets were more cautious. Participants named finishing equipment as their top priority, followed by print technology and prepress/workflow and MIS solutions, when asked about their investment plans over the next 12 months. Digital toner sheetfed colour was the most common target for print technology investment for commercial, publishing and functional markets, the report notes, except for packaging where sheetfed offset ranked first.

When asked about the barriers to future growth, printers and suppliers named ‘strong competition’ as their key constraint, followed by ‘lack of demand’ and ‘lack of skills.’ Given that market conditions are largely outside their control, what can printers and suppliers do to improve matters? ‘Reduced staffing/improved productivity’ followed by ‘systems integration’ were the most common responses from printers. For suppliers, it was ‘new product launches’ and ‘new sales channels.’ Both printers and suppliers chose ‘automation and data exchange’ – often referred to as Industry 4.0 – as the long-term technological disruption with the most impact.

“Global print is in good shape overall. Most of our global indicators have climbed over the last five years and whilst there are some leading indicators of challenges ahead, they are commonly with regard to non-print issues, namely politics and the broader economic conditions,” the report concludes. “Clearly there are some regions doing better than others. Equally there are stronger and weaker markets. The industry has found its collective confidence again after the twin shocks of the last decade — the global recession and the impact of digital media.”

This editorial was originally published in the May 2019 issue of PrintAction, now available online.