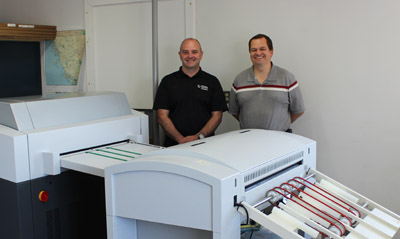 Globe Printers of Saskatoon, Saskatchewan, has purchased a new Heidelberg Suprasetter 75, equipped with multiple in-line punches and a dual-cassette loader.

Established in 1972, Globe Printers has locations in Abbotsford, British Columbia, and Saskatoon. In addition to its offset production and a range of finishing services, the company also generates print with a toner-based Konica Minolta bizhub PRO, as well as Canon and HP Designjet large-format systems.