Goss International announced it has integrated Akiyama’s North American operations within its own U.S. operations. As a result, Goss will sell and support Akiyama products in both Canada and the United States.

“Our North American infrastructure provides a substantial platform to support existing customers as well as a growth strategy for Akiyama products in the region,” said Goss International president and CEO Jochen Meissner. “The Jprint presses in particular, with their innovative perfecting technology, offer a compelling alternative to traditional four-over-four sheetfed perfectors.” 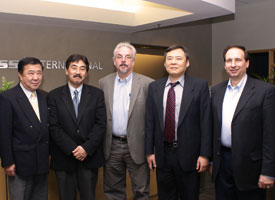