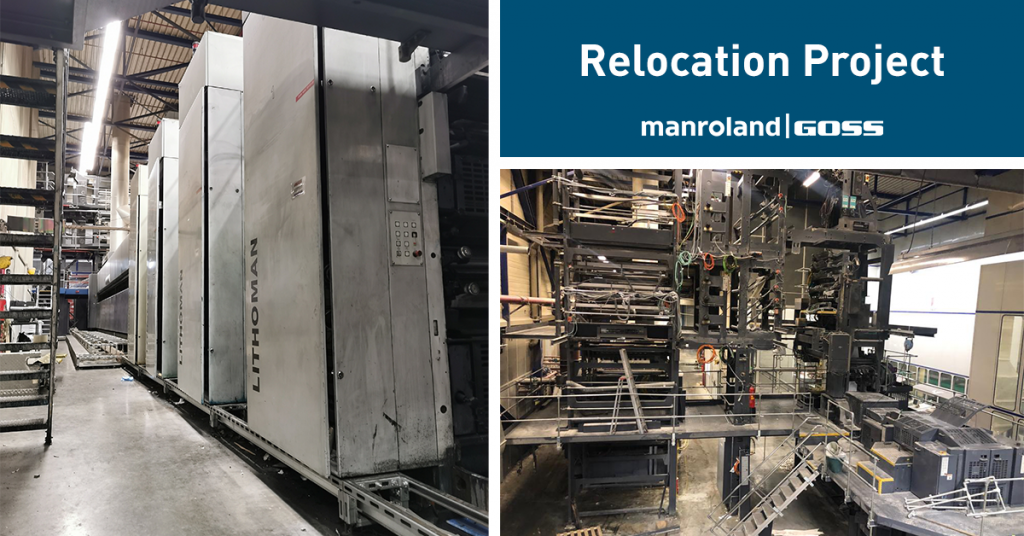 Thom Ringsma, owner of magazine printer Habo da Costa in Vianen, Netherlands, decided to restart a closed location in Doetinchem to strengthen his printing business. At the same time, the assets of a printing plant in Weert were taken over by Ringsma, which is where GWS Printing Systems was contracted to sell the equipment on behalf of the holding company. The project saw a used Lithoman 72-pages moved from Weert to Doetinchem to start production there on a tight timeline.

The relocation was made and in just over four months, the press was up and running again at Senefelder Misset Doetinchem B.V. The start-up and training at the new location was performed by specialists from manroland Goss Augsburg under the project management of GWS colleagues based in Waalwijk.

In the meantime, Senefelder Misset Doetinchem B.V. has decided to also contract manroland Goss for TeleSupport service of their Lithoman presses in Doetinchem.