Following July elections, Dr. Martin Habekost, a professor with Ryerson University’s Graphic Communications Management program in Toronto, continues as a member of the board for the Technical Association of the Graphic Arts (TAGA), which is dedicated to furthering print-technology research. 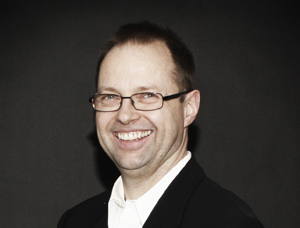 Habekost was first elected to TAGA’s board in 2010 to serve as Vice President of Education, a position he will hold until 2013. With more than 300 individual members and 15 active student chapters worldwide, TAGA’s board includes key industry and academic leaders from top companies and technical universities in the United States, Europe and Asia.

During the July elections, Pittsburgh-based TAGA appointed a new President in Paul Cousineau of Dow Jones and Company, which controls publications like The Wall Street Journal, Barron’s, and the New York Post.

Cousineau also serves on the Graphic Communications advisory board and Journalism task force at California Polytechnic State University. He is a CalPoly alumni – “My first exposure to TAGA was while attending Cal Poly. With the support of Dr. Harvey Levenson, a small group of students chartered the first TAGA Student Chapter and published the first student technical journal.”