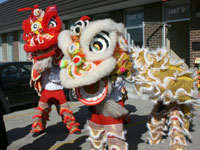 Hans Gronhi was established in November 2006 with the combination of Shenzhen Han’s Laser Technology Co., Yingkou Gronhi Offset
Printing Machine Co., Yingkou Gronhi Industry Co., and
Shenzhen Han’s CTP Equipment Co. Earlier this year, the company acquired its rival Sanxin, giving it 70 percent of China’s domestic B3 press market. The company also made an appearance at Graphics Canada last week – one of only two companies, along with Presstek, to exhibit an offset press on its booth. Hans Gronhi sold its first press in Canada at the Print World trade show, last year.

In addition to presses, Hans Gronhi will demonstrate its line of CTP devices and bindery equipment in its showroom. Hans Gronhi is set to open a £100 million, 385,000-square-metre factory in China by the end of the year. 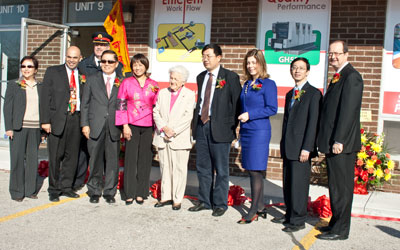