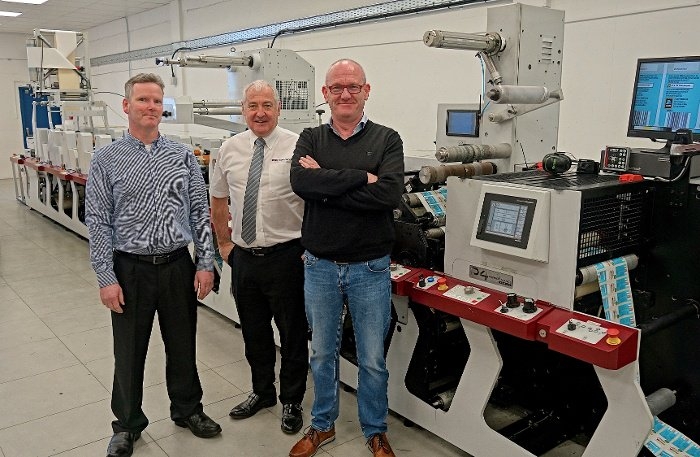 Dublin-based HB Label Print is the first narrow web converter in Ireland and the U.K. to install a Mark Andy press with LED-UV curing. The new eight-colour P4 Performance Series press is the third Mark Andy purchased by the company since it was established in 2002 and is the first 13-inch at the plant — the two existing Mark Andy 2200 lines both have the 10-inch web width.

Fitted with cold foil, turn bars and delam/relam facility, the P4 also has two die stations, the second of which is the QCDC unit.

“The P4 is an ideal choice for label printers using 2200 series machines as there is a high degree of compatibility between the two. The Mark Andy Pro-LED curing system offers significant advantages in terms of curing capability, even on full-out solids, low power consumption, zero heat in the work environment and no ozone generation,” says Paul Macdonald of Mark Andy UK who supplied the press.

With a staff of 16, HB Label Print produces labels for the food and beverage, logistics and airline sectors, and currently sees a balance of 80:20 between paper and filmic substrates.