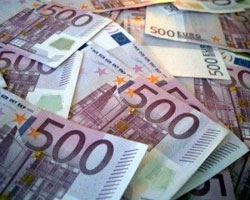 Heidelberger Druckmaschinen AG has announced it has secured a credit line totalling €1.4 billion up until the middle of 2012. This is the finalization of the loan pledge by the German Federal and State Governments announced in June.

The financing package consists of three main components – a €300 million loan from the Special Program of the KfW (Reconstruction Loan Corporation) for large companies (with a 50 percent indemnity from the KfW to the banks), a €550 million loan supported by 90 percent guarantee pledges from the Federal Government and the States of Baden-Württemberg and Brandenburg, and a syndicated credit line from a consortium of banks, also for €550 million.

Heidelberg’s German competitors, manroland and KBA, have both voiced concerns over this deal, and its potential to cause competitive imbalances in the press manufacturing sector.