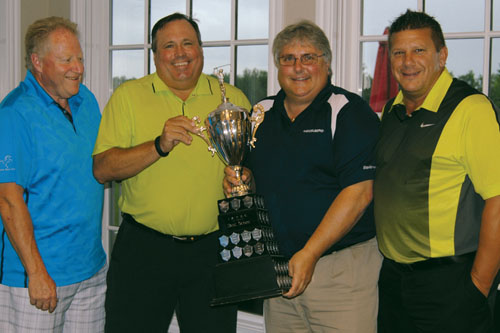 Proceeds from the IAPHC Toronto golf tournament, held this year at Wooden Sticks in Uxbridge on June 25, are used to support the organization’s annual scholarship awards.

Last year, 12 students focused on developing a career in graphic communications at secondary and post-secondary schools received funding for their education via the IAPHC Toronto Craftsmen. This included eight students with the highest grade point averages in their respective programs, who received the Chai Tse Award named after a Ryerson student who passed away nearly 10 years ago.

The IAPHC Toronto organization will be celebrating its 40th annual awards program this coming year.