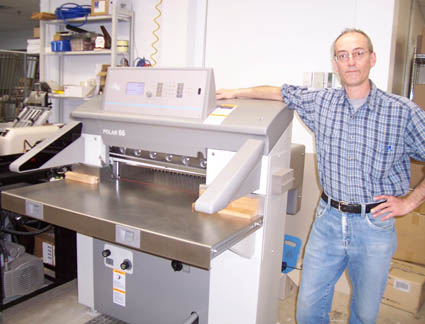 J.B. Deschamps Inc., a third-generation commercial printing company based in Quebec City, has purchased a POLAR 66 cutting system from Heidelberg Canada. The installation is largely based on increased volumes in its digital printing division, which J.B. Deschamps began to ramp up back in November 2010 with the purchase of Montreal’s Impressions Numériques Yves Rivard.