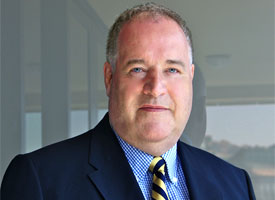 Heidelberger Druckmaschinen AG has announced Bernhard Schreier will be stepping down as CEO effective September. He will be replaced by Dr. Gerold Linzbach, who was just unanimously appointed to the role by the company’s Supervisory Board.

Schreier will stay on with the company until the end of the year to aid the leadership transition.

Schreier has led Heidelberg through arguably the most tumultuous period of the company’s 162-year history. He took on the CEO position 13 years ago, but has spent 37 years with the company.

“I would like to thank Bernhard Schreier for his achievements as Heidelberg CEO,” said Robert J. Koehler, Chairman of the Supervisory Board of Heidelberger Druckmaschinen AG. “He has truly made his mark on the company and has succeeded in guiding it through two major global economic crises and structural upheaval in the printing industry. Particularly in very difficult recent times, he has helped transform Heidelberg from a traditional press manufacturer into a solution and service provider in the print media industry.”

Dr. Gerold Linzbach holds a degree in chemistry and a Ph.D in chemical engineering from the University of Dortmund. In 1991 he was a member of Hoescht AG’s corporate planning team and later took over leading the company’s fibers operations (Trevira GmbH). In 1999, Dr. Linzbach played a leading role in founding Aventis and went on to become global CEO and President of the Celanese Acetate Group based in the United States until 2003. From 2003 to 2005, he was responsible for the textile fibers division INVISTA, also in the United States.

On March 1, 2005, Dr. Linzbach was appointed Chairman and CEO of Symrise AG in Holzminden, Germany. He successfully led it onto the stock market at the end of 2006 and onto the MDAX in March 2007. Dr. Linzbach left the company for personal reasons at the end of June 2009. He was subsequently appointed CEO and Member of the Management Board of D+S Europe and its successor companies in Hamburg.

“In Dr. Gerold Linzbach, we are delighted to have found a successor with international experience to press ahead with the company’s strategic reorientation and ensure its return to profitability,” added Koehler. “Dr. Linzbach has many years of management and capital market expertise, which will help pave the way for a successful future at Heidelberg.”