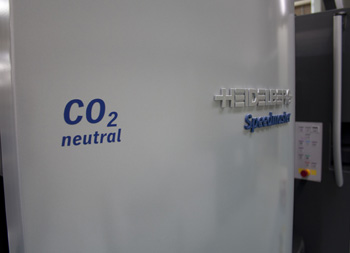 Hemlock describes the installation as a first of its kind in Canada, because the press itself was manufactured 100 percent carbon neutral through the purchase of climate-protection certificates in accordance with the Kyoto Protocol. Hemlock has been named as Canada’s Most Environmentally Progressive Printing Company for the past seven years of PrintAction’s Canadian Printing Awards program.

The new generation Speedmaster 102 installed by Hemlock joins the company’s existing eight- and 10-colour perfecting presses, while also filling what the company describes as a need for more efficient production of one-, two- and four-colour print work.

Hemlock’s new press also features advancements in both the feeder and the delivery of the press sheet, as well as a newly designed 52-inch digital display and a 19-inch touch screen.