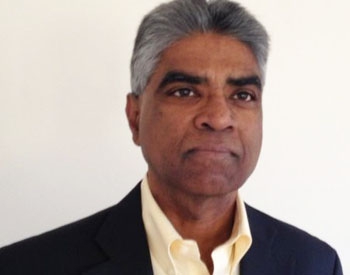 Israel-based Highcon, which develops unique digital cutting and creasing technologies for the printing industry, is expanding into North America with the appointment of Vic Stalam as President of Highcon Americas.

Founded in 2009 by Aviv Ratzman and Michael Zimmer, Highcon is best known for its Euclid finishing system, unveiled at drupa 2012, and described by the company as the first fully digital cutting and creasing machine for converting paper, labels, folding carton and microflute.

The Euclid incorporates Highcon’s patented Digital Adhesive Rule Technology (DART) to produce creases, as well as high-speed laser optics to cut a range of substrates. This process eliminates the conventional die-making step. The Euclid is installed at customer sites in the United States, Europe, Middle East and Africa.

Stalam previously served as Senior Vice President of Sales at X-Rite, where he worked from 2011 to 2013, and as Vice President of Commercial sales at Kodak, where he worked from 2009 to 2011. Before joined Highcon, Stalam provided C- Level consulting for private equity and venture capital companies. He will lead Highcon’s team in Canada, North and South America and building the American operations.

“I am excited to be joining Highcon at this particular stage of the company’s growth. The introduction of digital technology into the post-print and packaging market completes the missing link in the digital printing workflow,” said Stalam. “I believe in Highcon’s vision of transforming finishing into a value adding process…”