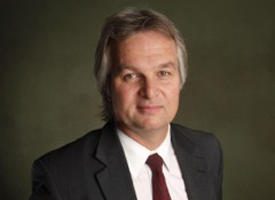 Founded in 1973 as a die maker, Brampton Engineering today describes itself as a world leader in the design and engineering of multilayer blown film co-extrusion equipment. In addition to developing monolayer and 3-layer lines for specialized film production, the Greater Toronto Area company also supplies its Aquafrost technology for high barrier applications in the food and medical packaging industries.

“I am excited to join Brampton Engineering at this time in its history,” stated Hughes. “As a leader in the multi-layer barrier blown film market, the company is seeing growth in sales to both existing and new customers. The company is well positioned to support its customers in the expanding food, medical and industrial packaging industries globally.”

Most recently, Hughes was the Director of Global Packaging with Swiss finishing-equipment supplier Muller Martini, a position he took on in January 2013 after spending the previous decade as President of Muller Martini Canada. Hughes also spent 16 years with Husky Injection Molding where he was responsible for a number of businesses, including four years of leading Husky’s Advanced Manufacturing Center.

“We are very pleased to have attracted Gary to Brampton Engineering,” stated David Sutin, Chairman of Brampton Engineering. “He brings to the company superior leadership skills and the right mix of experience for our customers to be confident in BE’s continued ability to deliver market leading, innovative, and quality products to the market.”