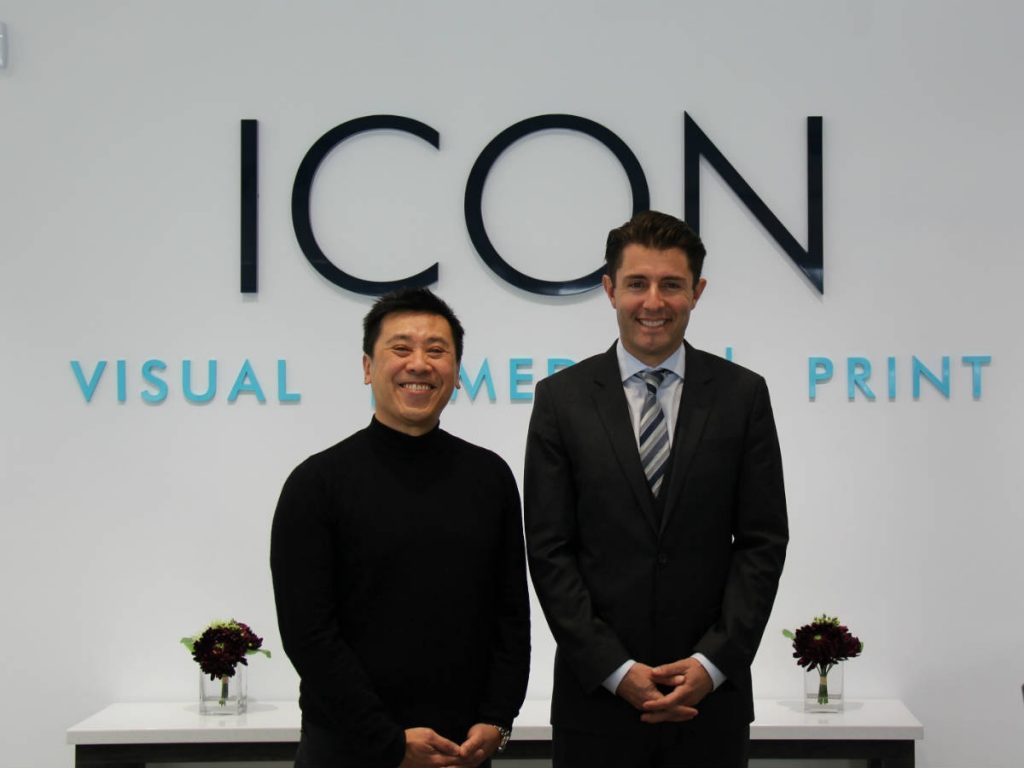 The ICON Visual division generates more than half of the parent company’s annual revenue, which in its most recent fiscal year amounted to just under $40 million, based on one of Canada’s most powerful large-format imaging infrastructures. ICON Visual, generating around 80 percent of its revenue through roll-fed Durst machines, traces its roots back to the company’s founding in 1995 as a pioneer in the display graphics sector.

ICON Media is responsible for managing national digital-signage networks for Blue Chip clients like Shoppers Drug Mart, as well as high-profile regional clients like Pearson Airport – way-finding screens – and Toronto’s Dundas Square. The division was established in 2009 after ICON purchased Gridcast and today works with clients to deploy signage networks with the ability to procure all of the necessary hardware, develop business plans and manage ever-changing content.

ICON Print is the third pillar of the company’s rebranding strategy, now focused on producing offset work in-house after it has been outsourcing such jobs for its client base. Last year alone, ICON oversaw the printing of more than 20-million direct-mail pieces in addition to a range of offset-produced marketing collateral. The company’s executive team spent the past several months looking at printing operations to purchase in the Greater Toronto Area.

With the acquisition of 25-year-old Toronto Trade, led by the printing expertise of President Kieron Pope and Vice President Steven Niles, ICON projects it will reach approximately $50 million in revenue by the end of its current fiscal year.

“We look at print not so much as old technology. We look at it as just another communications medium. In fact, our numbers tell us there is a lot of growth in print still,” says Juan Lau, President and CEO of ICON Digital, who co-founded the company in 1995 with business partners Peter Evans and Peter Yeung. “The last three or four years we kept looking at our financial statements and, ironically, the fastest growing service sector was commercial printing – and we were not even trying.”

Kieron Pope and Steven Niles are to remain in their leadership roles with the offset-printing operation. “This secures a bright future and legacy for our staff and customers and we couldn’t be more excited to be part of a progressive organization like ICON,” said Pope, in a press release about the acquisition.