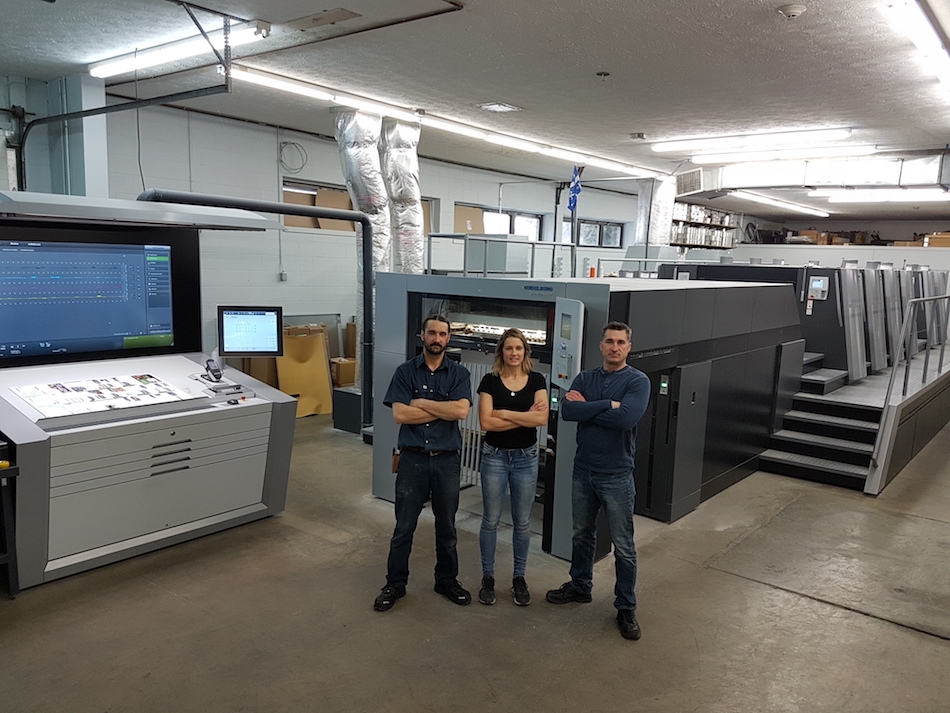 Imprimerie HLN, a family-owned company specializing in book printing in Sherbrooke, Que., says it has increased its sales by 30 percent six months after installing its new Heidelberg Speedmaster XL 106-5P+L.

Replacing an aging Speedmaster SM 102-4P, Imprimerie HLN expects to double its revenue by increasing capacity with the five-colour Speedmaster XL 106 with perfector and coater. With maximum production speeds of 18,000 sheets per hour, the press can handle a range of substrates from 27 lb. offset to 32 pt. board.

The system is equipped with a list of features including Push to Stop technology, Prinect Pressroom Manager, and Prinect Inpress Control 2, which together provide the autonomous production needed to help improve makeready times while reducing waste, Heidelberg explains.

“The ease of use and new technology on the press is really what’s going to set us apart from competition,” Robert Cote, co-owner of Imprimerie HLN, says. “You can’t even compare the XL 106 to the SM 102 – it’s far superior.”

Equipped with the latest Push to Stop technology, the Speedmaster’s jobs are autonomously changed over without operator intervention and will continue to print until the operator interrupts it. This software system aims to reduce the number of operating steps during a job change and enables all operators to achieve uniform results, Heidelberg says.

With Prinect Inpress Control 2 on the press, the Speedmaster XL 106 is designed to deliver the first measuring result in less than 60 sheets, and the run is ready to start in less than 1 minute.

In 2009, Imprimerie HLN bought a Speedmaster CD 102-5+L at drupa, which it says is still the best investment in the company’s history. Alongside the XL 106 and CD 102, the company also has Polar cutters and Stahl folders. The company also uses Saphira consumables including blankets and ink foils.

“All of Heidelberg’s equipment and consumables work well together, which is why we choose to partner with Heidelberg,” said Cote. “If anything ever goes wrong, service is always there to help us, which is one of the reasons why we keep partnering alongside Heidelberg.”