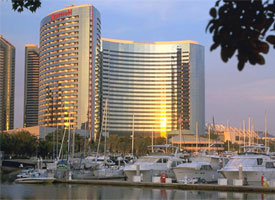 The Flexographic Technical Association (FTA) announced it has expanded its annual packaging, printing and converting show, INFO*FLEX. INFO*FLEX will be held in San Diego this year between April 29 and 30 at the San Diego Convention Center. The show will grow with 15 additional booths as attendance doubles from 2012’s event.
Jay Kaible, Director of Business development and membership said, “As we stated in our promotions, the printers/converters are going to be there in full force. We’re not kidding! As it stands now, registrations for FTA’s Annual Forum and the INFO*FLEX Exhibition are up more than 100 percent from this time last year.” He added, “If you want to get in front of your customers, there’s no better place to do so than at the most comprehensive event for the packaging, printing and converting industry… only 15 booths available so reserve your booth today.”
More than 200 industry suppliers and manufacturers, including 3M, DuPont, Flint, Kodak, MacDermid, Sun Chemical and many others, will be showcasing the latest in packaging and converting technology. The event organizer is expecting an attendance of more than 1,600 industry members from around the globe. The event also hosts a celebration of the FTA’s 55th anniversary and will be raffling off $5,500 in prize monies throughout the show.
Immediately following the close of INFO*FLEX on Monday, a Social Networking Reception is planned. Attendees will converge on the outside terrace of the San Diego Convention Center Sails Pavilion, where they will be treated to beautiful views of the San Diego Bay.
Advertisement
Print this page