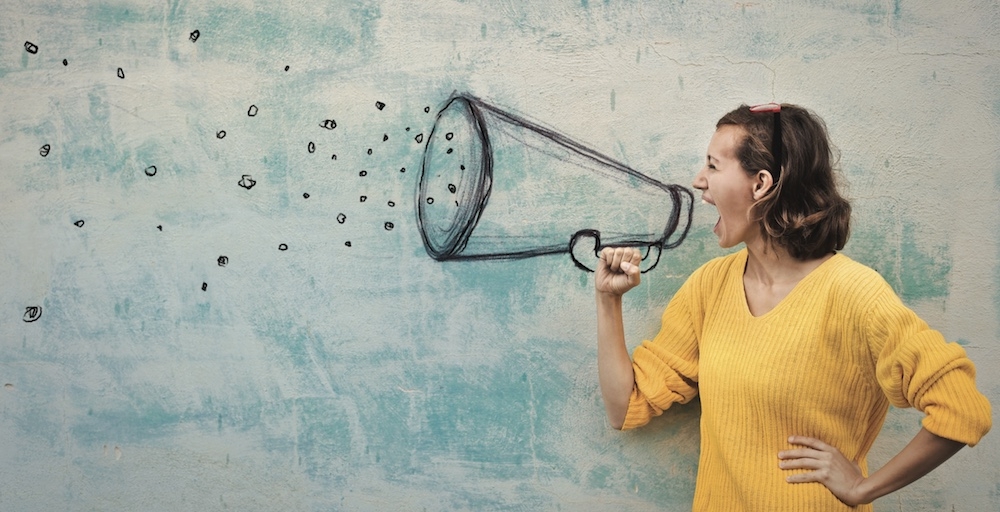 In a recent column, I wrote about setting priorities and dealing with interruptions. That was a discussion of time management strategy and technique. This month, I have interruptions on my mind again, but from a different perspective. Over the last couple of weeks, I have observed several salespeople and a couple of candidates for sales positions committing what I consider to be a cardinal selling sin — interrupting the person they really should be listening to.

Too much talk
One of my most disappointing observations is most printing salespeople talk way too much. In fact, I’ve developed a seminar session titled The top 5 ways to talk yourself out of a sale, which are:

1. Too much talk, not enough listening
2. Too many features, too little benefits
3. Pitching vs. storytelling
4. Making it all about price
5. Blind persistence

I plan to write about all five of these selling sins over the next few months, but I want to focus on just the first one today. And I want to stress it’s bad enough most salespeople talk too much — it’s even worse when they talk at the wrong time, and by that, I mean hijacking the conversation when it is the other person’s turn to talk.

The art of conversation
Think about how a conversation is supposed to work. One person talks, then the other. The transition may be affected by a question or by a statement but either way, the ideal conversation is a back-and-forth exchange of information, opinions and perspectives.

Your challenge as a salesperson is to fully understand your counterpart’s opinion or perspective. If you don’t accomplish that, you’re just blasting out information and are leaving it up to your counterpart – your suspect, prospect or actual customer – to make the decision you’re hoping for. Here is a bit of fundamental sales wisdom: The decision to buy from you is too important to leave up to them. Sadly, that’s what most printing salespeople do. They make their presentation and then maybe ask for the order, but they don’t solicit and address the buyer’s concerns or objections as part of the process.

Now let’s consider an even worse transgression, the one I observed several times during the last few weeks. In each of these cases, the buyer volunteered a concern, and one of them even said, “Let me tell you what concerns me.” Before those words were fully out of her mouth, the salesperson said, “Wait, I forgot to tell you about how we’ve been in business for more than 20 years, which means you can be sure we’ll be here for 20 more,” and then proceeded to list several local printers who were no longer in business. The buyer then said, “That’s not what concerns me,” and before those words were fully out of her mouth, the salesperson started talking again, saying, “Well, I think you should be concerned, because printers are going out of business left and right around here. OK, what was it you wanted to ask me?”

At this point, the buyer looked at her watch and said, “We’ll have to leave that for another time. I have something else I have to get to.” Translation — I don’t want to talk to you anymore.

I would never…
I can hear you thinking – I would never do that – but I want you to be aggressively objective and consider whether you might be guilty of a lesser example of this cardinal sin. As I mentioned, I have observed several examples of this sort of behaviour over the last couple of weeks, including one situation where I was listening in on the salesperson’s side of a telephone call, and heard her raise her voice a couple of times, which made me think she was talking over her prospect’s attempt to get into the conversation.

Maybe we should add one more word into this conversation — likeability. I’ve stressed before that the buying decision is more about trust than about like, but that only means you need more than them liking you to get them to buy from you. If they don’t even like you, it’s hard to imagine them trusting you enough to buy from you.

One final thought for today. As I mentioned, I’ve observed this same sort of behaviour in people I have been interviewing for sales positions. I bet it won’t surprise you that none of those people got hired.

Bad habits, whatever they are, don’t lend themselves to success. Please give some thought to whether you have this particular bad habit, and if you do, work hard to eliminate it.

David Fellman is the president of David Fellman & Associates, a graphic arts industry consulting firm based in Raleigh, NC, USA. He is a popular speaker who has delivered keynotes and seminars at industry events across the United States, Canada, England, Ireland and Australia. He is the author of “Sell More Printing” (2009) and “Listen To The Dinosaur” (2010).

This column was originally published in the September 2018 issue of PrintAction, now available online.

Related
Pitching versus storytelling
Is your persistence a positive?
A reason to respond
Setting the sales mood
Tags