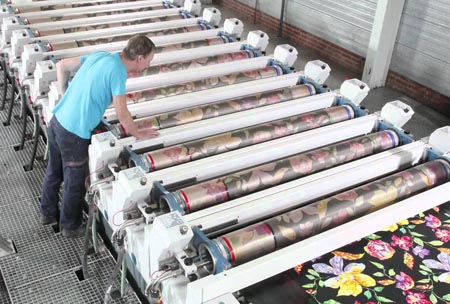 Investcorp, a global equity firm based in London, UK, reached an agreement to acquire SPGPrints Group B.V. from funds managed by Bencis Capital Partners for an enterprise value of €240 million. The transaction’s closing must first be approved by appropriate competition authorities.

Established in 1947, SPGPrints is a global provider of technologies for rotary screen and digital printing of textiles and graphic applications, as well as a manufacturer of precision metal components for a range of applications. Headquartered in Boxmeer, The Netherlands, SPGPrints is represented in more than 100 countries and in 2013 generated revenue of €214 million.

“We have followed SPGPrints for a long time and were attracted by its differentiated, global rotary screen business, its innovative digital inks activities, attractive precision metals offering and entrepreneurial management team,” stated Carsten Hagenbucher, a Principal in Investcorp’s corporate investment team in London.

“There are many parallels to other portfolio companies in which we have invested and we look forward to applying such knowledge to SPGPrints,” continued Hagenbucher, “particularly with respect to digital inks.”