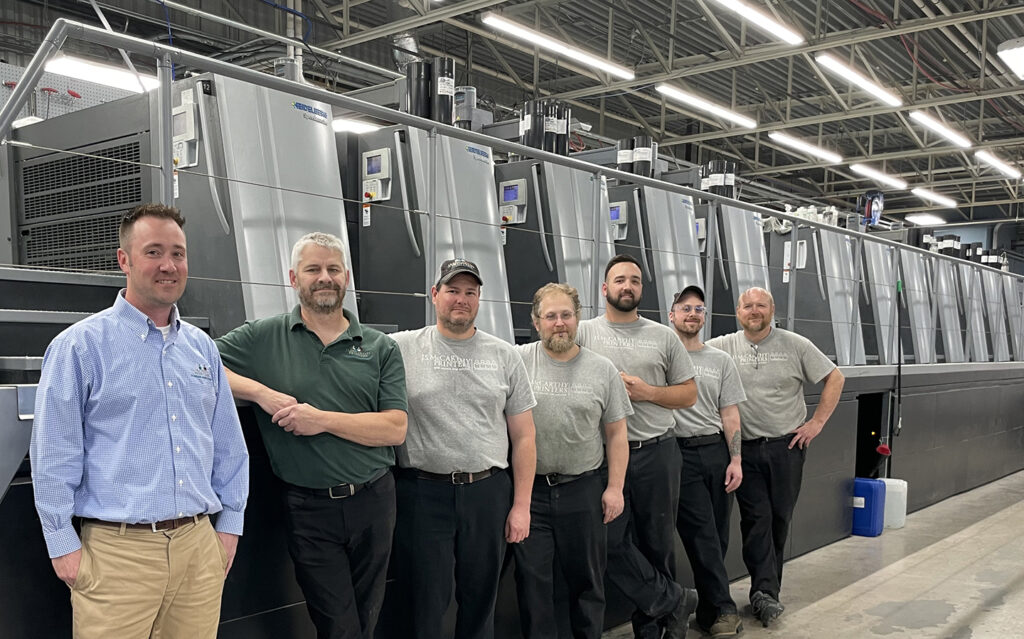 Founded as a commercial printer in 1947, J.S. McCarthy, Augusta, ME, is experiencing unprecedented growth in its folding carton business. The company, needing a faster and more reliable press to keep up with its increased production, recently purchased a new Speedmaster XL 106 from Heidelberg. The new XL 106, which runs at 21,000 sheets per hour and is the fastest rated sheetfed offset press in the world, will be the first of its kind to be installed in the United States.

According to Jon Tardiff, CEO and president of J.S. McCarthy, the company is expecting a 50 per cent revenue increase from folding cartons during the next two to three years. J.S. McCarthy, who produces paperboard packaging primarily for the food, pharmaceutical, and cosmetic markets, will install its new Speedmaster XL 106 late next year.

Its current press is no longer a “viable back-up” for the company’s 2018 Speedmaster XL 106 that runs 24/7 producing all the company’s folding cartons.

“We’re in a position where we basically have one press driving the entire plant. The new XL 106 is going to help us digest all this new growth,” said Tardiff.

The company is looking to the XL 106 to help “get large jobs through the plant as quickly and as productively as possible,” added Tardiff.