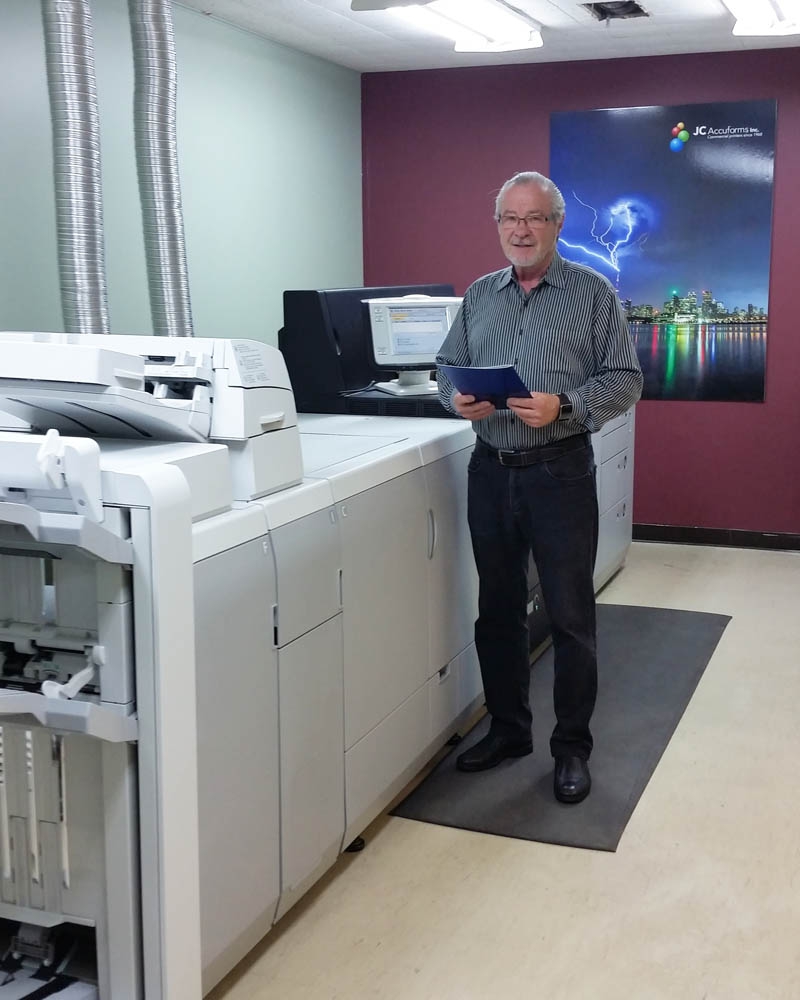 JC Accuforms Inc. of Toronto, Ontario, in July 2016 installed a new Canon imagePRESS C8000VP. The four colour press reaches speeds of up to 80 pages per minute on all media weights up to 350 gsm.

JC Accuforms was founded in 1968 as JC Printing Company Ltd. In 1983 the assets of a Markham printing company called Accuforms were purchased and in 1986 both companies were moved to the operation’s current location under the name JC Accuforms Inc. Today, the company produces a range of wide-format, toner and offset printing work, in addition to housing bindery and finishing services.