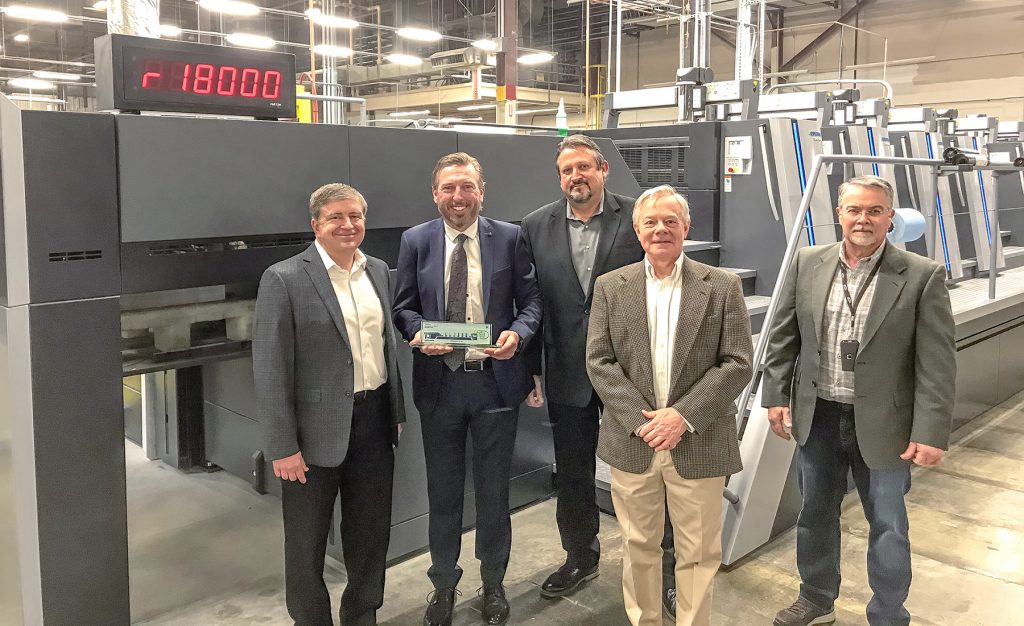 Jostens, Clarksville, Tenn., produces nearly 20, million yearbooks and commercial publications each year for the K–12 and college education markets. With an average press run of only 400 sheets, Jostens needs technology robust enough to handle the make-readies required each day to produce such a high volume of books.

Ultimately selecting Heidelberg as its strategic partner for the future, the company recently installed a Speedmaster XL 75-5+L with Anicolour technology and two Speedmaster XL 106-8Ps with push-to-stop technology – all controlled by a dynamic Prinect workflow solution.

To keep up with its demanding workload, the Clarksville, Tenn. printer crews its 560,000 square foot plant 24/7 with a team of 800 employees during peak seasons. “The yearbook business is all about getting in and out of make-readies as quickly as possible and producing a huge number of jobs every day,” saidPaul Dowden, vice-president of global operations, . “We need technology flexible enough for easy make-readies, but well-built for high volumes.”

For Jostens, production is broken into two different peak seasons: October–March for producing its award-winning covers and February–May for running the books’ text or inside contents. Needing a more efficient solution for its cover production, Jostens turned to the Speedmaster XL 75 with Anicolour inking technology, which it installed in early 2020. “We were running covers on our older presses, but we really needed a dedicated press that could get up to colour faster and consistently hit colour within 30 makeready sheets,” said Jeff Phelps, press process engineer. The Speedmaster XL 75-5+L Anicolour, which runs at speeds of 15,000 sheets per hour, has a fast inking unit that is designed to print offset quality at peak productivity for short runs.

The next component of Jostens’s strategy was more efficient production for its books’ interior content pages, which it was running on older presses. In early 2021, Jostens installed two Speedmaster XL 106-8P presses equipped with the new Heidelberg User Experience (UX) and Heidelberg’s push-to-stop autonomous manufacturing approach – driven by Intellistart 3, an integrated software, and artificial intelligence.

“With our previous presses, we could get 130–150 jobs completed in 12 hours. With the XL 106, our original goal was 180, but we’re achieving 220 make-readies in a single shift,” said Wayne Davidson, yearbook manufacturing manager.