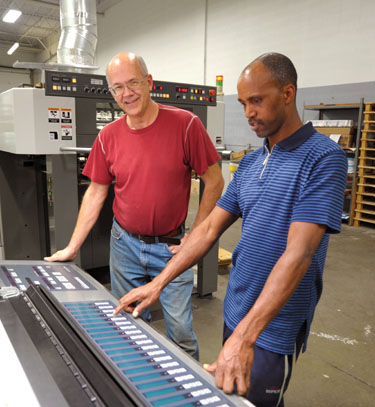 K-North Inc. has completed the delivery and installation of two previously announced Komori Lithrone press purchases at Edmonton’s DeJong Printing and the Burke Group of Companies.

In May 2011, Komori announced the Burke Group of Companies had purchased a new 6-colour, 40-inch Komori GL640. Komori’s GL press series was officially introduced to North America at Graph Expo 2011 in September. 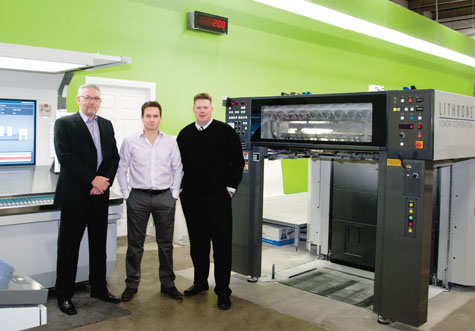 The Burke Group’s new press is equipped with KHS-AI, PDC-SX spectral density control (including the SX option), and PQA-S quality control. The press is rated with a maximum printing speed of 16,500 sheets per hour, while handling a sheet thickness of between 0.04 and 1.0 mm.