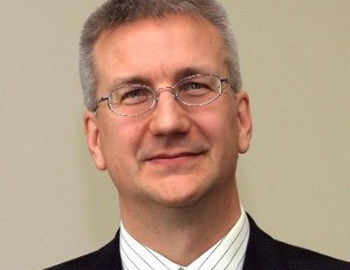 Tony Karg becomes Director, Channel and Field Marketing, for Ricoh Canada. He had spent the past 21 years with Fujifilm Canada, including several senior marketing roles.

With Ricoh, Karg will provide
support to the operation’s direct and dealer channels around promotions, tradeshow events and channel marketing initiatives.

Karg left Fujifilm Canada on March 31, 2014, after more than two decades with the company, beginning in 1993 as an applications specialist. In April 2000, he became Product Manager, Digital Workflow Solutions, for Fujifilm. In late 2003, Karg was named Product Marketing Manager for Fuji Graphic Systems Canada, overseeing the marketing of all products sold by the company until early 2005, when he became Director of Business Development & Marketing.

He took on a Senior Director role with Fujifilm in April 2006 and remained in the position until early 2013. During this time, beginning in 2011, Karg spent nearly a year in Tokyo as a member of the planning team behind Fujifilm’s trade show presence for the quadrennial drupa 2012 exhibition in Duesseldorf, Germany.

Headquartered in Tokyo, Ricoh is one of the world’s largest imaging companies with more than 108,000 employees and 223 companies (as of March 31, 2014) around the globe.