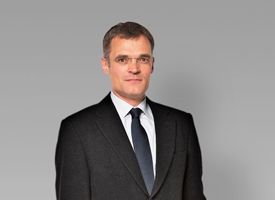 According to Koenig & Bauer AG (KBA), current CEO and President Helge Hansen had asked that his pending retirement be brought forward so that the company could find a new leader.

“Despite the very difficult circumstances, Helge Hansen has, with great expertise and his many years of experience, furthered the sound development of both earnings and finances at Koenig & Bauer AG, and has helped to position the company group for a successful future,” stated Dieter Rampl, Chairman of KBA’s supervisory board.

The supervisory board then unanimously picked Claus Bolza-Schünemann (55) to take over as CEO and President. He has been serving KBA as Deputy President with responsibility for engineering and web-press manufacturing. “As an acknowledged press engineering expert, one of the branch’s strategic visionaries and a representative of the founding family, Claus Bolza-Schünemann has all the qualifications necessary to take the helm and to uphold our continued development as the second-largest press manufacturer in the world,” stated Rampl.

In line with KBA’s leadership changes, the supervisory board also announced that CFO Dr. Axel Kaufmann (41) is to take on the duties of Deputy President.