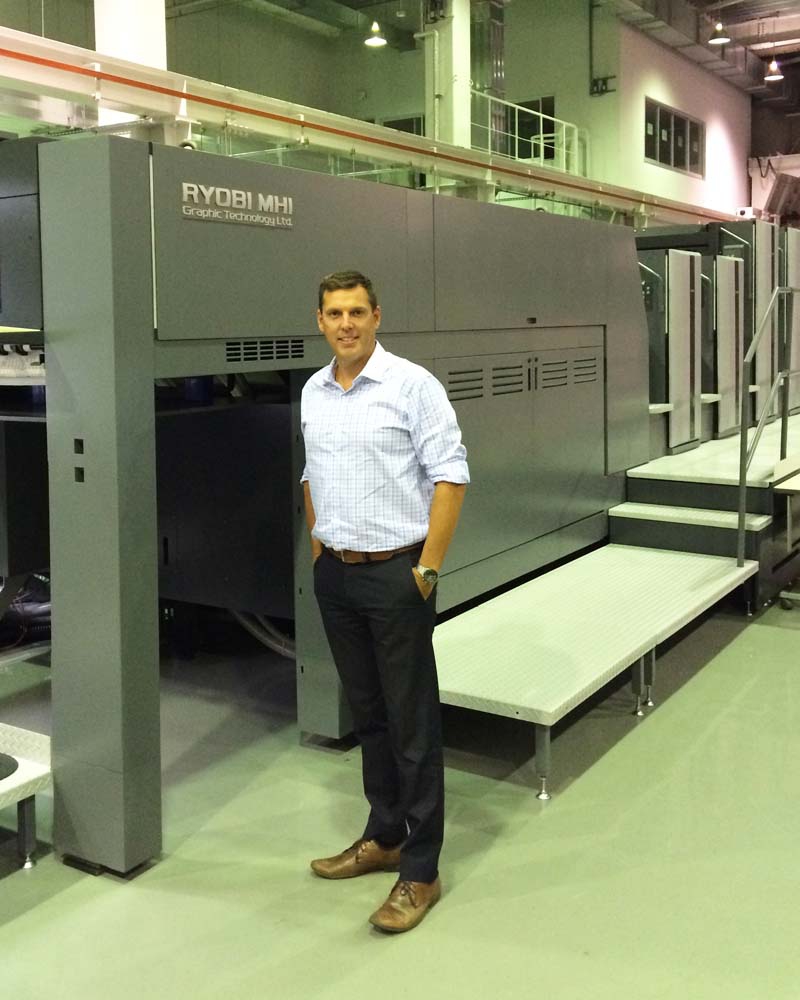 KBR Graphics, which is celebrating its 40th year in business in 2016, is expanding its distribution of RYOBI MHI Graphic Technology sheetfed offset printing presses to include all of Canada. In mid-July 2016, KBR Graphics moved its head office to a new modern facility in Laval, Quebec, which is prepared to support future business through its larger sales, service and support teams.

Previously, KBR Graphics had been the RYOBI MHI Graphic Technology (RMGT) distributor in Central and Eastern Canada since 2012. “We are pleased to offer the entire line of RMGT presses – the RMGT 3, 5, 7, 9, 10 and 11 models – across Canada, both direct and through our dealer network,” said Karl Belafi. Jr., Vice President, KBR Graphics.  “We have been selling RMGT presses for four years and enjoy a great relationship with RYOBI MHI. We’ve been very successful in the eastern part of the country and aim to further develop our presence throughout Canada.”

In addition to its line of offset presses, the expanded distribution agreement also includes the new digital press line that RMGT introduced this past spring at the drupa trade fair in Germany. Sales representatives and dealer partners are being added throughout different locations in Canada so that the RMGT product line can be supported across the country for sales and technical service.

“Announcements will be made in the very near future about our new additions and, by the end of this year, our Western region teams will grow even more,” said Belafi.