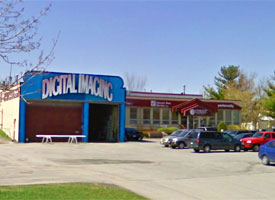 “The [Epson GS6000] printer has opened our doors to markets beyond the large-format display business, such as photographic and fine-art reproduction,” said Mark Steinberg, General Manager, Kelly Signs. “We’re known for being able to get an image on just about any kind of surface with our two flatbed printers. So when we were shown the GS6000 with its solvent based inks, we found we were looking at a wider range of products we could sell.”

With its roll-to-roll feeding system, the 64-inch-wide GS6000 reaches a maximum resolution of 1,440 x 1,440 dpi, employing solvent inks and variable-sized droplet technology as small as 3.7 picoliters.

Kelly Signs was established in 1947 and today produces a range of large-format products, from posters and banners to trade show displays, canvas murals, backlit displays and illuminated signs.