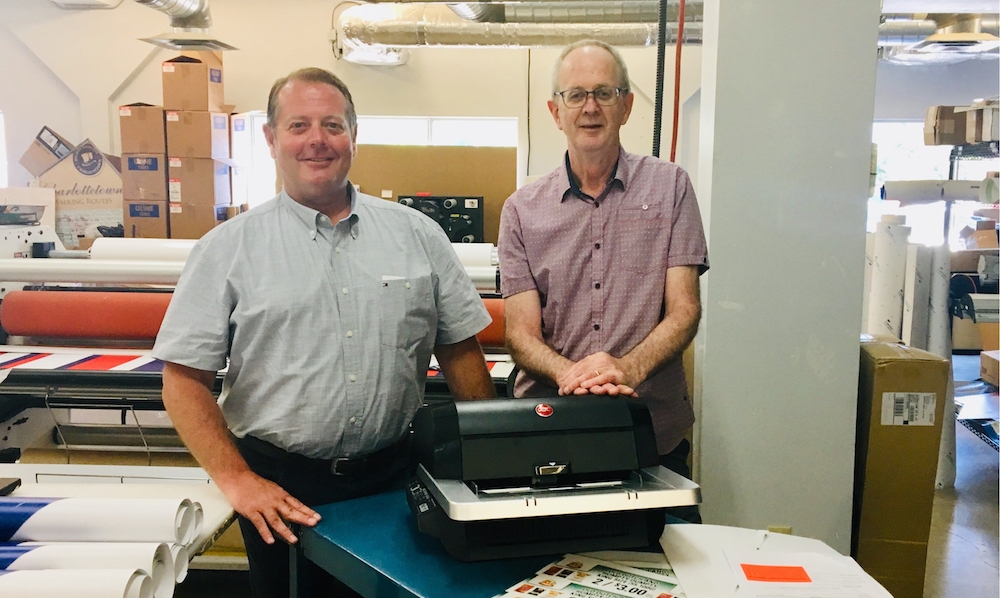 KKP in CharlotteTown, P.E.I., has been serving the community for over 34 years, providing a range of services including design to digital, offset and large format sign services.

One of its applications was a repeating order for reward cards. The printing company had previously purchased a 38-inch laminating film that runs on a large format laminator, and documents would be lined three up which would later be trimmed by hand. The job usually took as long as two days to complete due to the tremendous amount of trimming required.

“Chris from GBC sent me a link to the GBC Foton 30 product video and I immediately thought of the laminated reward cards. Our new GBC Foton 30 took an order that usually took two days and finished it in just over an hour,” says James Macneil, Wide Format Specialist, KKP.

The new GBC Foton 30 boasts features such as pouch less, automated lamination and trim at an affordable price.

Macneil went on to say that the cost of the machine would be recouped very quickly as it barely cost more than a few rolls of 38-inch large format film. He also enjoys the fact that he could drop in 30 sheets of paper and check back later as the machine continued to do its job, saving time that was previously spent loading, feeding or repositioning.

“Our GBC Foton 30 is so easy to use and warms up so quickly that our walk in requests for small lamination can now be done while the customer is waiting,” he continues.