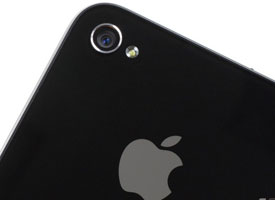 Kodak’s patent dispute with Apple and RIM suffered a setback after the U.S. International Trade Commission (ITC) announced it will delay making a final ruling on the case until August 30. The move was seen as a negative one by the market, causing Kodak’s stock to plunge 16 percent.

Kodak initially filed an ITC complaint against Apple and RIM on January
14, 2010, asserting that Apple’s iPhones and RIM’s camera-enabled
Blackberry devices infringe a Kodak patent covering technology related
to a method for previewing images. The patents in question have been previously licensed by Kodak to other camera and phone manufacturers such as LG, MEI/Panasonic, Motorola, Nokia, Olympus, Samsung, Sanyo, Sharp, Sony, and Sony Ericsson.

The Commission did find limited patent infringement by Apple and RIM, however, the possibility of a large judgement in Kodak’s favour is now slim. Kodak CEO Antonio Perez previously announced that he had hoped the two companies would be forced to pay licensing fees which would be upwards of US$1 billion. An ITC judge has previously ruled against Kodak in January 2011 before reopening the case in March.

“Kodak has a long history of digital imaging innovation,” Quatela said in a release in January.
“We have created an industry-leading portfolio of more than 1,000
digital imaging patents. We remain committed to protecting our
intellectual property and to defending ourselves against those who would
make erroneous claims to it.”