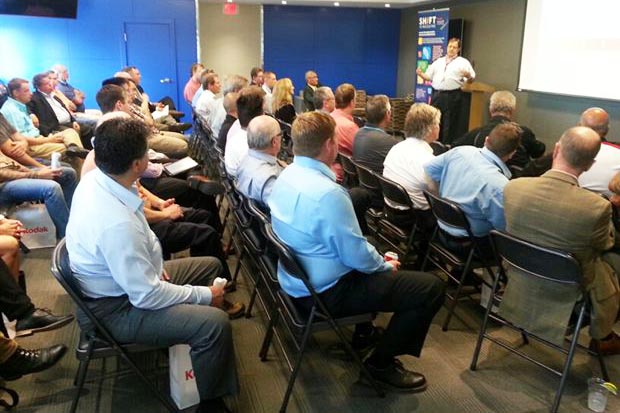 Kodak Graphic Communications Canada in mid-June spent an afternoon at the Rogers Centre in Toronto to highlight its Sonora XP technology, described as a true process-free plate with stability approaching conventional plate technology.

“It is our second-generation process-free plate, our first being Thermal Direct. We did have success with Thermal Direct, but it had limitations and we have eliminated almost all of those barriers,” says Greg Running, National Sales Manager, Kodak Graphic Communications Canada. “[Sonora XP] is now what I would call a conventional process-free offset plate, meaning it is not just for narrow applications.” 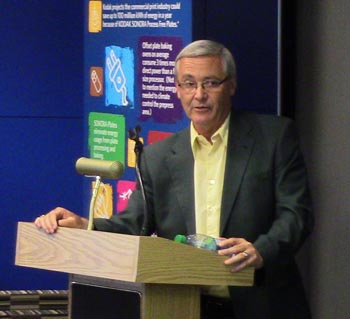 Released in Canada a little more than a year ago, Running explains Sonora XP is engineered to run in a range of press environments, from web to sheetfed offset, UV to regular inks, long and short runs. “Over 40 different customers in Canada just in the last year have started up on Sonora XP and that number is continuing to grow weekly,” says Running. There is also a Sonora NEWS version for use on newspaper presses, only differentiated by plate size and packaging.

Running notes Kodak’s long history in material sciences – applying coatings to substrates – as a key reason for Sonora XP’s wide range of use, as well as its environmentally progressive technology. “It is the science behind the emulsion on the plate that allows you to go direct from CTP to on press, and there is zero contamination on press – that is important,” he explains.

The non-ablative, thermal, negative-working Sonora XP plate, Kodak explains, can be imaged without processing chemistry and equipment. With a quality rating of 1-99% @ 200 lpi, the plate – when combined with the proper hardware and software – allows printers to produce FM 20 stochastic work.