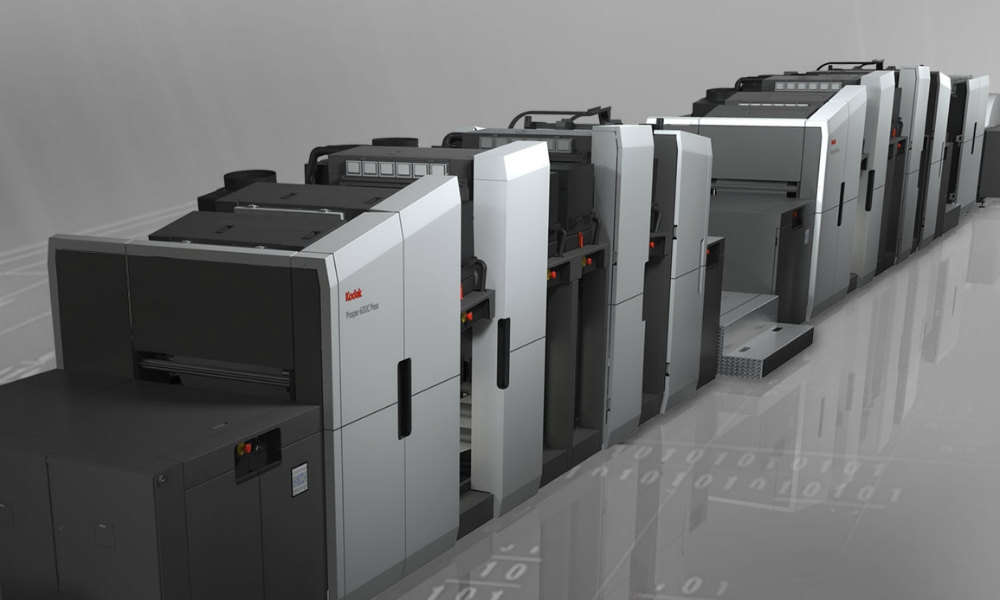 Kodak in late December provided an update on the sale process for its Prosper commercial inkjet business. The company first announced it was in talks to sell the business in March 2016 after engaging advisors and banks to manage to process.

“We anticipated an announcement of an agreement for the sale of the Prosper business by the end of 2016 and remain in talks with potential buyers. We now expect discussions to continue into 2017,” said Philip Cullimore, President of Kodak’s Enterprise Inkjet and Micro 3D Printing & Packaging Divisions. Details of the sale process remain confidential.

“We have been gratified by the interest in the Prosper business as well as the continuing support and loyalty of our customers,” said Cullimore. “The Prosper business has been very strong over the first nine months of 2016 with the placement of 12 presses, more than in any comparable period.”

Cullimore added that Kodak saw a 41 percent increase in annuity revenues in the third quarter, versus the same period a year earlier, through the Prosper business, which is currently being evaluated by the company to push deeper into publishing, high volume direct mail and packaging. In addition, the company is planning to refocus the business to emphasize print head components and the development of its Ultrastream technology.

Ultrastream was introduced at drupa 2016 in May as Kodak’s next generation of inkjet technology. “Sixteen leading printing equipment manufacturers and integrators have signed Letters of Intent to OEM products based on Ultrastream technology,” said Cullimore.

Ultrastream, built on Kodak’s continuous inkjet Stream technology, is aimed at moving production inkjet into the mainstream of commercial and packaging printing. It was shown at drupa 2016 in an 8-inch configuration for label production, featuring what Kodak describes as a smaller drop size and precise placement accuracy for higher resolution, clean lines and additional detailed definition.

Ultrastream technology will co-exist in the market along with Stream Technology to offer different platform options. Ultrastream’s writing system includes a modular print head that can be implemented in varying widths ranging from eight inches up to 97 inches suit different applications. Kodak explains it produces 600 x 1,800-dpi resolution at speeds of up to 150 meters per minute (500 feet per minute) on a variety of paper and plastic substrates.

Ultrastream technology, with a planned launch for early 2017, will co-exist in the market along with Stream Technology to offer different platform options.