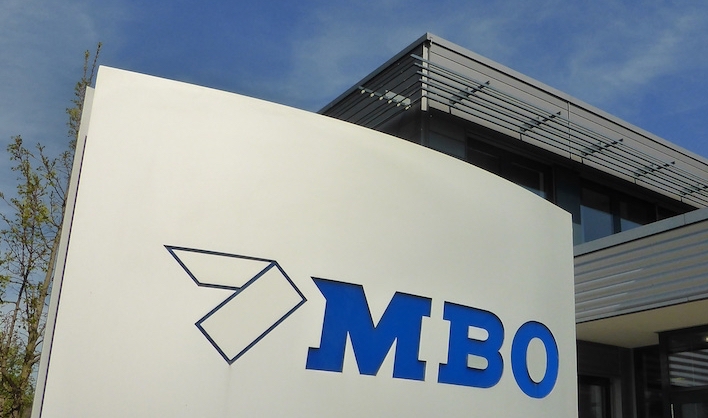 Komori Corporation has signed an agreement with the MBO Group, a global company based in Germany that specializes in the manufacture and sale of postpress equipment, to acquire a 100-percent equity stake in the latter, making it a Komori subsidiary.

The transaction will expand Komori’s business portfolio to include postpress solutions for commercial printing, a new field for Komori.

Since its founding in 1923, Komori has been engaged in the manufacture and sale of offset printing presses. Although Komori has developed the offset printing press business as its core operation, it is currently pushing ahead with transforming its business structure under the Sixth Medium-Term Management Plan (April 2019 – March 2024) in line with the plan’s key strategy aimed at expanding Komori’s range of marketing.

Germany-based MBO Group was founded in 1965 to manufacture paper folding machines and boasts plants in two locations in Germany (Oppenweiler in southern Germany and Bielefeld in central Germany) as well as in Portugal. It also operates local subsidiaries in the United States, France and China with a variety of sales partners in countries around the globe.

“The MBO Group’s operations do not overlap with those undertaken by Komori. Through the acquisition of the equity stake in the MBO Group, Komori expects to be able to market unique products that will support its Print Engineering Service Provider (PESP) business,” according to a press release from Komori. “Going forward, Komori will strive to bring together technologies and networks offered by both companies in the field of post-press equipment marketing. In these ways, Komori will effectively push ahead with its initiatives aimed at transforming its business structure.”