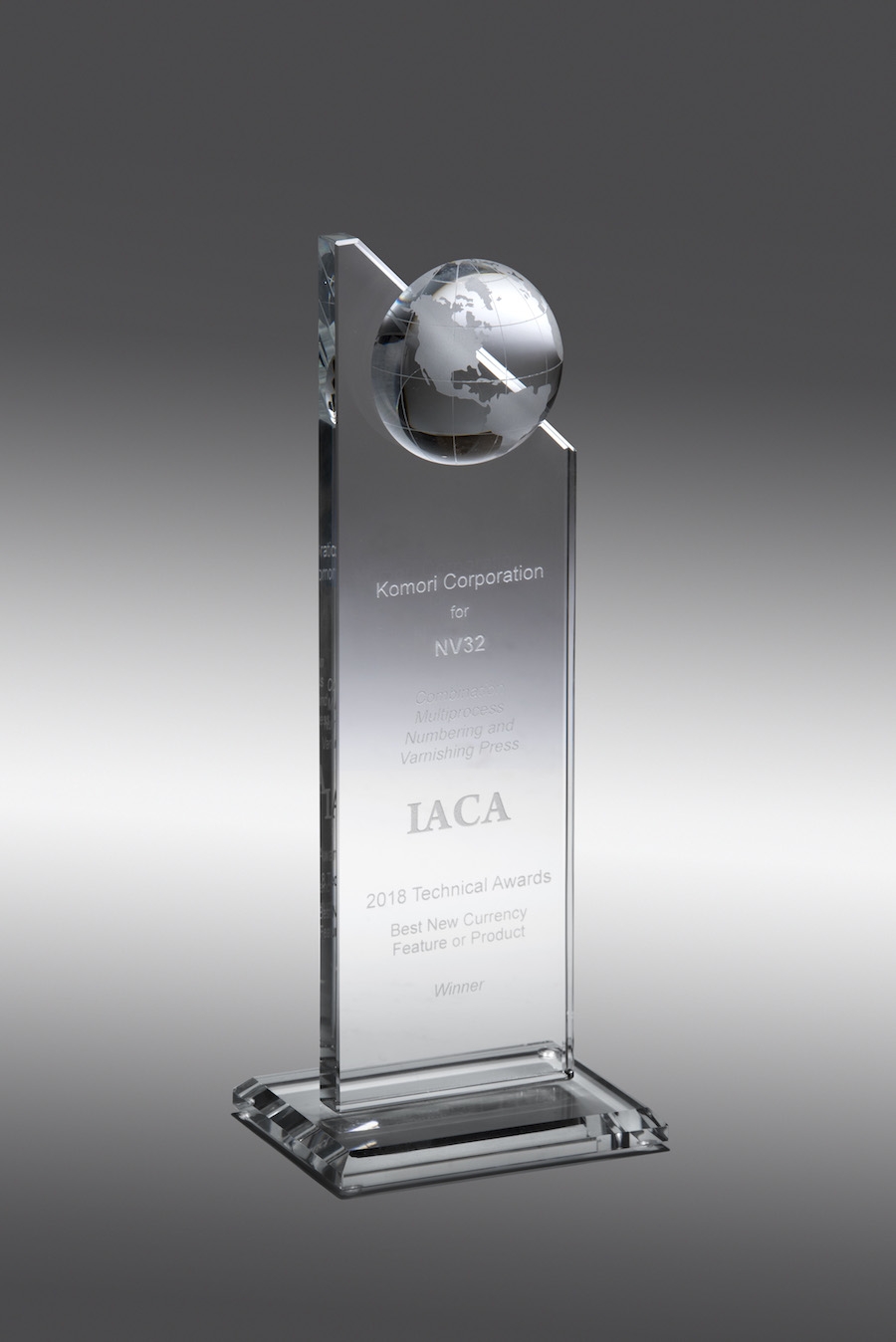 The Komori Currency NV32 Combination Multiprocess Numbering and Varnishing Press for banknote printing has been awarded the 2018 Excellence in Currency Award by The International Association of Currency Affairs (IACA).

IACA is a non-profit association of central banks, finance ministries, mints and suppliers. Introduced in 2007, its Excellence in Currency Awards program works to promote and recognize the technical development that is predicted to have a major influence on the banknote printing industry. The association says five finalists were selected out of 24 nominees for the 2018 award, noting Komori was chosen for possessing the most outstanding technology of the five shortlisted entries.

The Currency NV32 Combination Press launched in summer 2016 as a banknote printing system described as maximizing uptime and strengthening banknote design capability. The press is designed to overprint and also number and varnish banknotes on one or both sides of the sheet in one pass through the press at up to 12,000 sheets per hour, utilizing Komori’s double diameter cylinder configuration. Komori explains for number printing, UV curing can be selected, enabling smooth transfer of banknotes to the next production step while making the banknote printing process efficient.