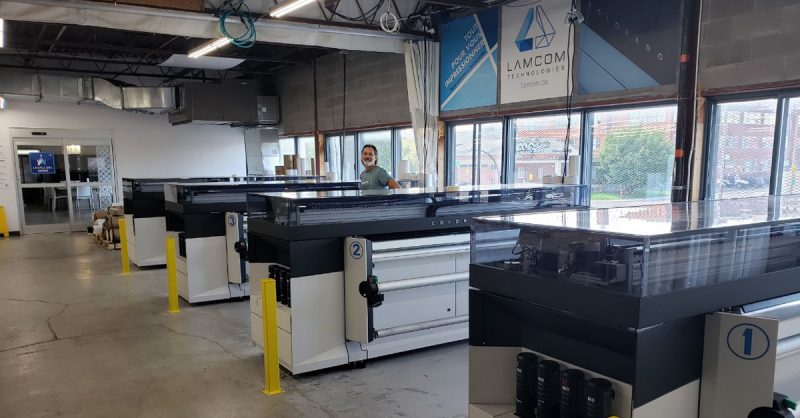 Montreal-based Lamcom Technologies specializes in digital printing and signage, primarily serving the food, airline and hotel industries, as well as designers and architects. In 2018, Lamcom Technologies acquired two Canon Colorado 1640s, which they used to produce mostly banners and textile prints, such as wall coverings. In 2020, the company traded in the two 1640s for four Colorado 1650 units, which now serve the function of the two 1640s, as well as seven other wide-format printers the company was previously running.

The company decided to upgrade to the Colorado 1650s in order to take advantage of the more flexible inks (UVgel 460) and new double-sided printing functionality, as well as the FLXfinish technology, which allows them to print with either a matte or gloss finish without having to change inks or media. Lamcom Technologies is using these features to produce murals on textured wallpaper or vinyl, or vehicle wraps.