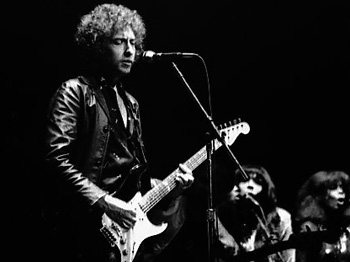 Publishing giant Simon & Schuster plans to produce a 960-page book containing all of Bob Dylan’s lyrics for a November launch. According Elmore Magazine, the 13-pound book, called The Lyrics: Since 1962, will initially be printed in a limited run of only 3,500 copies.

Dylan over his career has sold over 125 million albums worldwide. The collector’s item book is expected to sell for $200, while Dylan plans to sign around 50 copies that are to sell for around $5,000.

Elmore Magazine explains the book, which includes alternative versions of Dylan’s songs, features introductions and commentary about each song, as well as reproductions of the original cover art for each of Dylan’s albums.

“This book changes things, giving us the words from officially released studio and live recordings, as well as selected variant lyrics and revisions to these, recent revisions and retrospective ones; and, from the archives, words that, till now, have not been published,” said Boston University professor Sir Christopher Ricks, who led the project.