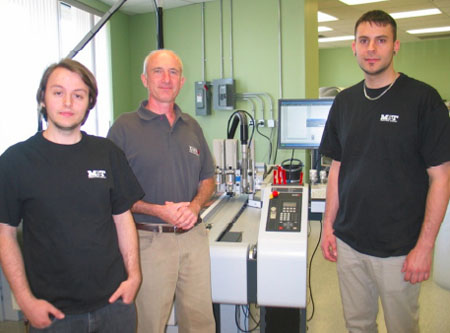 M&T Printing Group added two new wide-format inkjet systems, including an Epson GS6000 and a Fujifilm Acuity, as well as a Zund cutter to expand its sign division. The systems were installed at M&T Printing’s primary plant in Kitchener, Ontario.

In addition to its large-format-inkjet investment for its Kitchener facility, M&T Printing has also been expanding such services at its Brantford facility. The company also lists Ontario locations in Waterloo, Guelph, Waterloo, London, Cambridge and Conestoga College.

The sign division operating out of Kitchener, according to the company, will be in operation 24 hours a day, seven days a week.